Claremont Calif. – Nordstrom Inc., Cole Haan, and New Balance executives will joinhundreds of Shoes That Fit supporters at the FIRST EVER Sneaker Ball, Saturday, April 21, 2012, at the historic Roosevelt Hotel in Hollywood, Calif.   The ball commemorates Shoes That Fit’s One Millionth Pair of shoes donated to school children in the U.S. and the 20th Anniversary of the California based non-profit organization.

“Southern California’s philanthropic community will come together for this spectacular evening of inspiration and entertainment with gourmet dining, silent and live auctions and many surprises,” said Shoes That Fit Executive Director, Roni Lomeli.

“If you love shoes this is the place to be to bid on shoes and accessories from the top footwear designers in the world at our silent auction,” said Lomeli.

Shoes That Fit accomplishes their mission with five staff members working from its office in Claremont, Calif., without any government funding.  They have been successful in this mission because the volunteers care enough to make a difference for children in need in their own communities throughout the United States.

“We are so happy to celebrate our 20th Anniversary of helping children with shoes that fit their feet” said Lomeli.

Other auction items up for grabs include tickets to the American Music Awards, a one-week condo for six in Maui, a real life racing experience at the California Speedway, and a luxury timepiece!

The headliner for the night will be international recording sensation Emi Meyer, fresh from tours of Europe and Asia. Emi had the distinction of being the “most downloaded Single of the Week artist on iTunes in Japan in 2009”.

Shoes That Fit is also unveiling their 20th Anniversary video by Emmy-nominated videographer Todd Covelli, celebrating their work of the first two decades.  Three very special guests instrumental in their success will also be honored.

ABOUT SHOES THAT FIT:
At Shoes That Fit, our mission is to provide new shoes to children who wouldn’t otherwise have them. We began in 1992, helping students at one school in Pomona, CA. Last year, Shoes That Fit volunteers provided nearly 120,000 pairs of new shoes to children in need in the United States. Children at 1,900 schools across 41 states attended school in comfort and with dignity because of our program.
We have achieved the highest rating of 4-Stars from Charity Navigator; this was done with a staff of five people and no government funding. You can make a difference in your own community. For more information on our programs and how you can begin helping children in your community, Contact our office today: 888-715-4333 orwww.ShoesThatFit.org 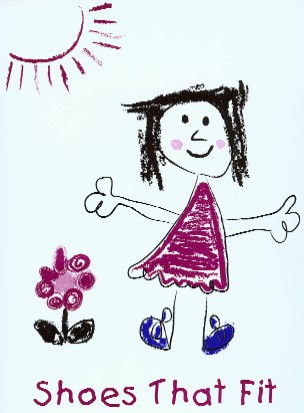