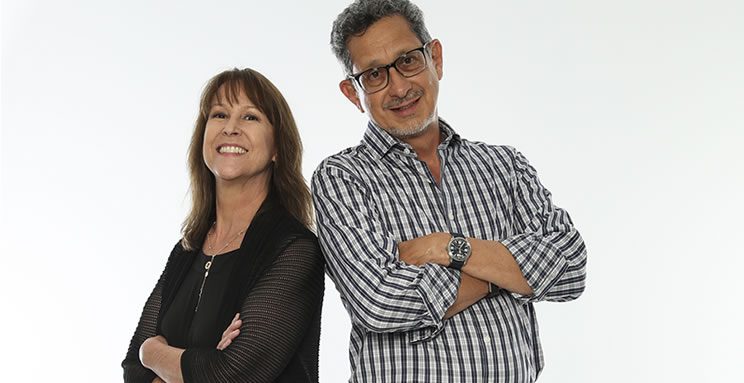 Cruz is a recent general manager for KVCR TV, KVCR FM, and for the First Nations Experience television network. During his earlier career, Cruz was president and chief executive officer of jazz station KUVO in Denver, and station manager at KRTU in San Antonio.

A well-known air personality at WBGO in Newark and KKJZ, Long Beach, Cruz also spent many years as a producer and reporter for National Public Radio; a studio engineer for United Nations Radio, and his productions have been broadcast nation-wide — even carried on United Airlines and Air Force One.

He is a recipient of a Corporation for Public Broadcasting fellowship, the prestigious Kiplinger Fellowship in Investigative and Public Affairs Reporting, and numerous awards from the National Association of Hispanic Journalists. In addition, Cruz has taught at the university and college level, and has contributed to the Smithsonian Institution.

Cruz earned a bachelor’s degree in radio, television and film from the University of Texas at Austin, and a master’s degree in journalism from The Ohio State University. He is an alumnus of the inaugural class of the PBS Executive Leadership Network, and serves on the board of directors for the Latino Public Radio Consortium, a Corporation for Public Broadcasting-funded organization focused on increasing Latino participation in broadcasting.

Cluqué is the recent associate program director and air personality at KCAL FM/KOLA in Redlands. Cluqué has more than 50,000 hours of live, on-air experience. She has managed broadcast facilities in Corpus Christi, Texas; Chico, California; San Diego, California; and in the Inland Empire, where she has managed KCAL FM, KCXX and KATY.

Cluqué began her career in the Inland Empire as a broadcaster at KGGI 99.1. Later she served as assistant to internationally respected broadcast consultant and media sociologist Jerry Clifton.  She earned an associate degree in communications at San Bernardino Valley College, and bachelor’s degree in radio, television and film management from San Diego State University.

While programming XHRM – “The Flash” in San Diego and KCAL FM in Redlands, Cluqué led promotions and marketing projects that generated millions of followers and hundreds of thousands of dollars for her stations, and for nonprofits in those communities.

“We’re just thrilled to bring this caliber of leadership to our program,” Kendall said. “Considering the incredible experience and connections they both have in radio, television and advertising, internship opportunities can only continue to grow. Our students will be learning from two extraordinary broadcast legends.”

Jacob Poore added that“Coyote Radio and Advertising has long been recognized as premier media training center in the United States, with a proven track-record of preparing students for 21st century media leadership positions. Alfredo and Kelli bring 50-plus combined years of media experience that will reinforce and strengthen the training and experiential learning opportunities available to students at CSUSB.”

The two new leaders began their duties on July 16 and will team with professor Penny Drake-Green, who oversees academic offerings of the program, and Bliss Gray, who continues to manage the entrepreneurial marketing projects of Coyote Advertising.

California State University, San Bernardino is a preeminent center of intellectual and cultural activity in Inland Southern California. Opened in 1965 and set at the foothills of the beautiful San Bernardino Mountains, the university serves more than 20,000 students each year and graduates about 4,000 students annually. The university offers more than 70 traditional baccalaureate and master’s degree programs, education credential and certificate programs, and a doctorate program in educational leadership. so.