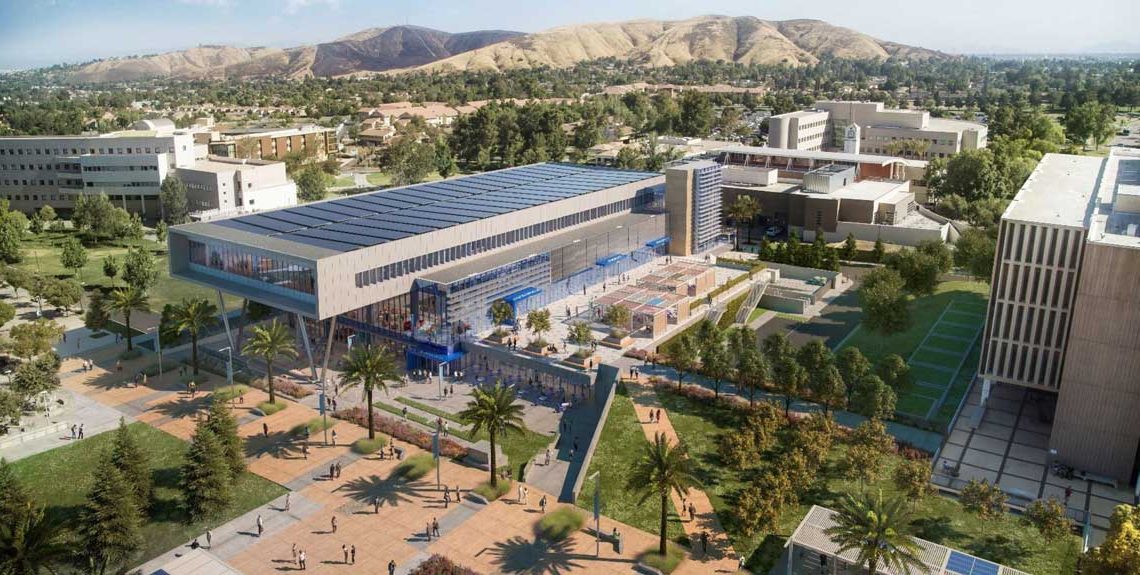 San Bernardino, Calif. – The Santos Manuel Student Union at Cal State San Bernardino will host a groundbreaking ceremony on Tuesday, June 4, from 10 a.m.-noon for a three-story, 120,000 square-foot expansion to be constructed immediately north of the current student union.

The $90 million expansion, which was approved by the California State University Board of Trustees, will comprise a multi-purpose ballroom (which is twice the size of the existing Events Center), an eight-lane bowling alley and game room, a pub, food service and retail space, collaboration spaces for student organizations and student support centers, and a bookstore.

The project’s architect is LPA Architects in Irvine and the construction contractor is Hathaway Dinwiddie of Los Angeles.

The expansion will have two primary entrances on the first level: the southern entrance nearest to the existing Santos Manuel Student Union and the north entrance accessed from Coyote Walk, the main campus pedestrian spine.

The second level is highlighted by a conference center with a ballroom dividable into five rooms, featuring a catering kitchen and other event support spaces. The conference center opens to an outdoor plaza for breakout sessions and pre-function events. The double-height ceiling of the second floor creates a mezzanine that will house the building’s mechanical equipment.

Though the new facility will not be physically connected to the existing student union, the project will also renovate the existing union to visually and functionally link the building in a number of ways:

Ground Breaking Around The Inland Empire 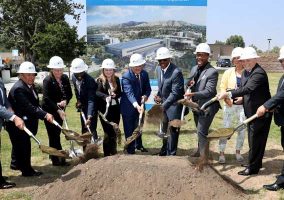 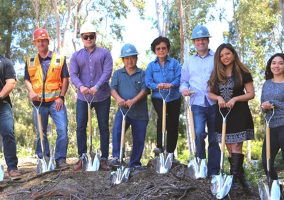