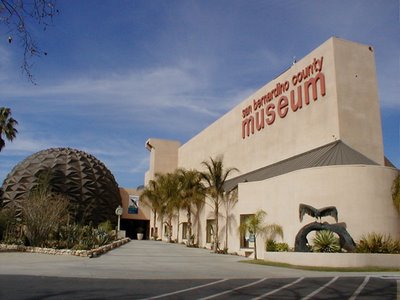 On the eve of a scientific celebration fifty years in the making, geologists working in the deserts north of Las Vegas, Nevada have published the most detailed geological map of the region ever created. Funded though the Las Vegas Office of the Bureau of Land Management and released through the Nevada Bureau of Mines and Geology, the map of the upper Las Vegas wash – including the famous Tule Springs paleontological site, where excavations half a century ago first established the geologic context of Ice Age fossils found there – is the culmination of more than a decade of careful fieldwork and laboratory analysis.

“We’re really excited to see this map completed,” says Kathleen Springer, Senior Curator of Geological Sciences for the San Bernardino County Museum in Redlands, California, and coauthor of the map. “It’s so critical for ‘ground-truthing’ – literally! – all of the amazing science going on in and around Tule Springs.”

The upper Las Vegas Wash has long been recognized as a paleontological treasure trove. Thousands of fossils of extinct animals dating to the Pleistocene Epoch – the “Ice Ages” – have been recovered from this area, in excavations dating from the 1930s to the present. But understanding these fossils requires a detailed knowledge of the nature, extent, and age of the sediments yielding the fossils. That knowledge has been a long time coming.

Now Springer and her colleagues – Craig Manker of the Museum, Alan Ramelli of the Nevada Bureau of Mines and Geology, and William Page of the United States Geological Survey – have updated, expanded, and refined earlier maps. Intensive field study – week after week of hiking over badlands, in temperatures ranging from blazing to freezing – were augmented by laboratory analyses of collected samples.

“Surprisingly, many of the surrounding areas in this part of Nevada have received more intensive geologic scrutiny,” notes Springer. “Yet the fossils are here. Our interest from the first was to establish a data-based scaffold from which to build a more complete understanding of the Ice Age fossils.”

In 1962, geoscientists from around the southwest converged on Tule Springs to assess the archaeological, geological, and paleontological significance of the area. Geologic maps were generated during that excavation, known as the “Big Dig”, are not as detailed or extensive as current geological mapping protocols make possible. The new map therefore provides an important new baseline for geologic studies of all kinds in the region.

The San Bernardino County Museum is at the California Street exit from Interstate 10 in Redlands. The museum is open Tuesdays through Sundays from 9 am to 5pm. General admission is $8 (adult), $6 (military or senior), $5 (student), and $4 (child aged 5 to 12). Children under five and Museum Association members are admitted free. Parking is free. For more information, visit www.sbcountymuseum.org. The museum is accessible to persons with disabilities. If assistive listening devices or other auxiliary aids are needed in order to participate in museum exhibits or programs, requests should be made through Museum Visitor Services at least three business days prior to your visit. Visitor Services’ telephone number is 909-307-2669 ext. 229 or (TDD) 909-792-1462.