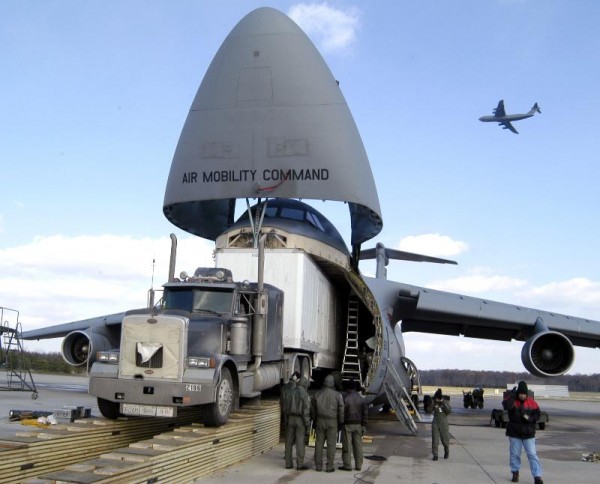 Our next Inland Empire Aviation Roundtable meeting will be held on Tuesday, June 26th at 7PM in the new Education Hangar at March Field Air Museum.

Our guest speaker will be Lt. Col. Tom Maxwell (Ret),a former USAF Pilot, Aerospace Executive, and Test Pilot Instructor. His USAF Career included the accumulation of over 6,000 hours in numerous High-performance and Transport Aircraft, including the giant Lockheed C-5A Galaxy.

The C-5 Galaxy provides the United States Air Force with a heavy intercontinental-range strategic airlift capability, including outsize and oversize cargos. Among the largest military aircraft in the world, the C-5 has been operated by USAF since 1969. It has been used to support US military operations in all major conflicts, including Vietnam, Iraq, Yugoslavia and Afghanistan, and has supported allies such as Israel during the Yom Kippur War and NATO operations in the Gulf War. The C-5 has also been used to distribute humanitarian aid and disaster relief, and to support the US Space Shuttle program.

March Field Air Museum is located at 22550 Van Buren Blvd., Riverside, CA just off the 215 FWY. You can park in the main visitor parking and enter the Museum through the main entrance. An IEAR representative will direct you to the Education Hangar.