RIVERSIDE: UCR Chamber Singers with the UCR Orchestra To Perform Awakening: Music in Appreciation of Nature 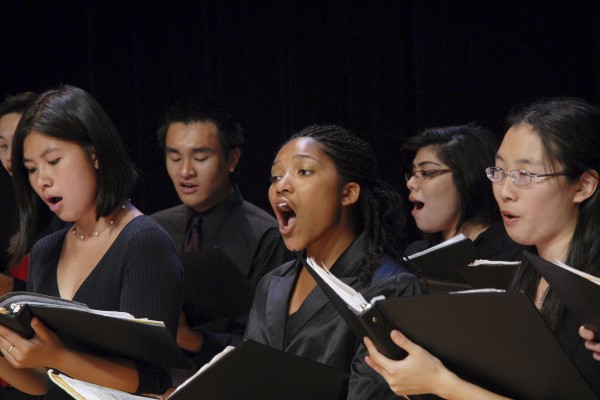 The University of California, Riverside, Department of Music Chamber Singers and UCR Orchestra join forces in a program called Awakening: Music in Appreciation of Nature, on June 2 and 3 in the UCR University Theatre. The theme of the concert is direct, awakened apprehension of nature and its forces. It features the West Coast premiere of Why I Wake Early by composer Ronald Perera, a cycle of choral songs accompanied by string quartet and piano, based on poetry by the acclaimed Mary Oliver. The New York Times wrote of its 2008 premiere, “Perera’s music neatly conjures Ms. Oliver’s rippling pond, wary crows, flitting bats and lazily unspooling snake. At the same time, the work’s dramatic progression, from the shivering anticipation of “Morning at Great Pond” to the radiant affirmation of the concluding title poem, “Why I Wake Early,” does justice to the poet’s more transcendental intents. Enhanced by Mr. Perera’s estimable knack for setting English, this is a substantial addition to the choral canon.”

Also receiving its West Coast premiere is Anna Dembska’s creative Earthly Light for chorus and orchestra, a celebration of the light spectrum and its unifying connection with all life through the essential workings of photosynthesis. Dembska is a composer, vocalist, and theater artist based in Maine. An orchestral work by Alan Hovhaness—the gorgeous Vision from High Rock —paints the spiritual effect of a particular landscape in Lynn, Massachusetts in a mood of calm, colorful rapture. Also on the program are choral songs of nature by Brahms, Mendelssohn, Stanford, and Eric Whitacre. Ruth Charloff conducts.

The concert is part of Sustainability, this year’s annual theme for the UCR College of Arts, Humanities, and Social Sciences, with performances, films and talks occurring throughout the year.