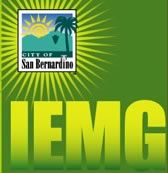 The Star Awards recognize excellence in government TV programming. Each year, hundreds of government TV stations and public access centers from California, Nevada and Arizona compete in 21 categories for honors.

“Our media group staff has done an excellent job in producing high-quality, interesting programs this past year,” said Emil Marzullo, Economic Development Agency interim executive director. “We are extremely pleased that among the hundreds of cities to participate, our station was recognized in nine of 21 categories.”

IEMG consists of three channels, a government access, a public access and an upcoming educational channel. The station is operated by the economic development agency and airs programs that highlight the city and various community events. For more information, visit www.iemediagroup.com.

About the Economic Development Agency of San Bernardino

The Economic Development Agency of San Bernardino is a focused, diversified organization whose mission is to enhance the quality of life for the citizens of San Bernardino by creating jobs, eliminating physical and social blight, supporting culture and the arts, developing a balanced mix of quality housing, along with attracting and assisting businesses both independent and through public-private partnerships. For more information, visit www.sbrda.org.