The Slipper Fits at the Candlelight Pavilion 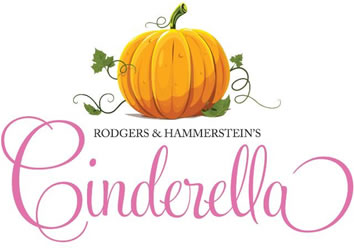 CLAREMONT, CA— The timeless enchantment of a magical fairy tale is reborn with the Rodgers & Hammerstein hallmarks of originality, charm and elegance. Originally presented on television in 1957 starring Julie Andrews, Rodgers & Hammerstein’s CINDERELLA was the most widely viewed program in the history of the medium. Its recreation in 1965 starring Lesley Ann Warren was no less successful in transporting a new generation to the miraculous kingdom of dreams-come-true, and so was a second remake in 1997, which starred Brandy as Cinderella and Whitney Houston as her Fairy Godmother. As adapted for the stage, with great warmth and more than a touch of hilarity, the hearts of children and adults alike still soar when the slipper fits.

It is amazing to imagine, in an industry that has taken many-a-Broadway-musical and adapted them for television and film productions, that NBC and CBS would proposition Rodgers and Hammerstein to create a musical just for them before ever testing its likeability on stage. But, in 1955 that is exactly what happened! After its success with Mary Martin’s Peter Pan in 1955, NBC was eager to continue with another made for TV musical. Richard Rodgers had previously created an Emmy Award-winning score for the documentary Victory at Sea which garnered interest for the composer. This would give Rodgers and Hammerstein the opportunity to break into television, a feat that they had not made previously. They sought the knowledge of their friend Richard Lewine who gave them the opportunity to work with CBS and then the detail that clenched the deal, the opportunity to work with Julie Andrews. Rodgers and Hammerstein then went to work on creating a new musical based on the fairytale Cinderella. Not accustomed to the rules of television, and in this case a live broadcast, Rodgers and Hammerstein had to take into account six commercial breaks for a 90-minute program, therefore they had to theoretically conceive six small Acts to fit into the time frame. On March 31, 1957, after using every PR scheme in the book, including a visit to the Ed Sullivan Show, Cinderella was broadcast live to 107,000,000 people in the United States, or roughly 60% of the population, and internationally it reached 10,000,000 people in Canada, Mexico, Cuba, and the US territories of Alaska, Hawaii and Puerto Rico. Stage versions of the musical were produced at the London Coliseum starting in 1958 and then it made its way to the U.S. in 1961. Two subsequent television versions would be created, one in 1965 starring Lesley Ann Warren as Cinderella, and in 1997 starring Brandy as Cinderella.

The creation of Cinderella on the Candlelight Pavilion Stage would not be successful without an amazing crew. With Direction by John LaLonde, Musical Direction by Julie Lamoureux and beautiful Choreography by Kami Seymour, this classic tale is brought together in a way that can only be done by magic! Cinderella is written as a three Act show, but the Candlelight Pavilion will change that up by combining the second and third Act’s to go along with a regular Candlelight Pavilion production of a two Act show. LaLonde has also added the song “Loneliness of Evening” which was originally written for South Pacific, but was used in the 1965 television version of Cinderella instead. The show will also include the song “Boys and Girls Like You and Me” which is omitted in some theatrical versions and was never used in any of the television broadcasts. You will have to attend the show in order to see all of the magic behind the production!

As is tradition at the Candlelight Pavilion, children are encouraged to dress as their favorite prince or princess when attending the show. They will also have the chance to meet and take pictures with Cinderella after the show. Susan Brunasso of Classic Elegance Video, Photo & Media Transfers will be on hand for the Friday-Sunday shows, with select Thursdays, to take these timeless photos. To go along with the Glass Slipper theme, Susan Brunasso will be donating 10% of her proceeds to Shoes That Fit, a non-profit organization that supplies shoes to children in need. Along with the donation from Brunasso, the Candlelight Pavilion will also have a donation box for in-person shoe donations. To learn more about Shoes That Fit please visit www.shoesthatfit.org.

Rodgers and Hammerstein’s Cinderella opens June 24th at the Candlelight Pavilion Dinner Theater. Tickets are available by calling (909) 626-1254, ext 1. Regular ticket prices range from $48-$68 which includes both dinner and show. Group rates are available for parties of 10 or more at even lower rates. The opening night performance on June 24th is a show-only preview night available for $20.00 per ticket. The Candlelight Pavilion is proud to announce its flexible payment plans to all Season ticket holders; save 10% on season tickets when you book as few as four shows. For more information regarding the 2010 season line-up and ticketing, please visit us online at www.thecpdt.com.

About the Candlelight Pavilion Dinner Theater

The production staff has worked for acclaimed companies such as Disney, and has produced shows both nationally and internationally. The Pavilion is a 299 seat house offering fine dining and theater. From cozy round tables for two up front to larger tables of eight, comfortable booths, and even private balcony rooms the Candlelight Pavilion is an elegant place to spend any evening. Dining at the Candlelight Pavilion includes waiter-served meals instead of typical dinner theater buffets. The flavorful cuisine sets a dinner theater standard of its own.