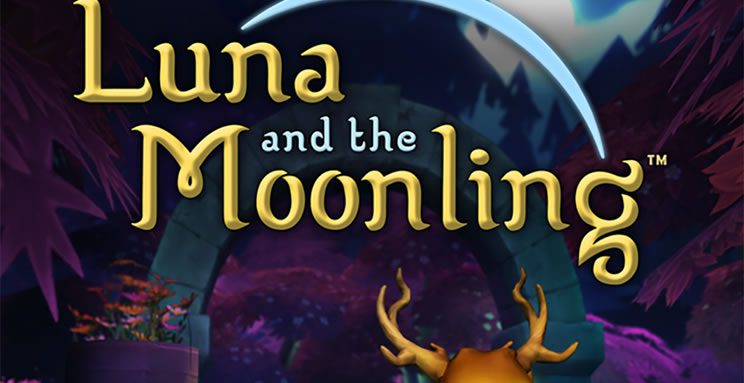 The game is an adventure puzzle game where two friends work together to save their kingdom. Luna and Moonling, each who have unique abilities, solve riddles of the Moon Isles in order to save Luna’s father from a terrible curse.

Carr, who graduated from MVC in 2011, was a supplemental instructor for Matt Fast, associate professor, Computer Information Systems, when the opportunity arose for Fast to recommend Carr.

“I was happy to recommend him for the same reasons I asked him to become an SI; the quality of his work is exceptional and he’s great to work with,” Fast said.

Carr, who was home schooled and received his high school diploma from Olive Tree Christian in 2016, worked on the project for half of the time it took to complete the game which was three years. During his stint with Greyborn Studios, Carr was the game’s 3D artist and prop designer.

“I was responsible for 3D assets for the game based off work by Jennifer Ievesque,” he said. “I also handled animation rigging for the characters and props.”

Carr, who is in the process of applying to Cal State Fullerton for its animation program, states this was the first step in what he hopes will become a career path.

“I wouldn’t have lasted this long if I didn’t have a passion for it,” he said. “The Luna and Moonling opportunity just sort of happened. I was able to do the work and I kept showing up.”

For Taylor, he got his opportunity when Scott Blinn, CEO at Greyborn Studios, reached out to Fast looking for a level designer with a background in Unity software.

“About six months after Carr started working on the game, another opportunity came up to have someone work on creating levels,” Fast said. “Taylor had shown me games that he had developed on his own that used the same software the studio was using. So, after meeting with Greyborn they decided to have Taylor join the development team as well.”

Taylor hopes this is the first of many games he produces.

“I do have some other game projects I am looking into,” he said. “I’m sure Greyborn is going on to bigger and greater things soon. I have some projects I am working on outside of Greyborn and love game development in general. No other medium can immerse a player like it and this is a growing industry that I’m excited to be in. MVC provided a great platform to begin that journey. I can’t say I view this as work, since I have been developing since I was 10 years old. I’m not here to make money, but develop a game that creates entertainment.

“I have released a couple games I developed for free and enjoy watching people play them on YouTube. It is not about the money for me. Of course I have to pay the bills, but even if I can’t find a job in the industry, I will continue making games as a hobby because I have a story to tell and video games give me the platform to tell them.”

For Fast, he hopes there will be future opportunities for his work in the future.

“This is the first collaboration with the studio,” Fast said. “Hopefully future students will have the same opportunities as Carr and Taylor for whatever upcoming projects Greyborn is planning.”