The University of California, Riverside, Department of Music presents the annual William H. Reynolds Memorial Carillon Concert  performed by guest carillonneur Melissa Weidner. This year’s program includes works by Mozart, Fauré, and Shostakovitch in remembrance of William Reynolds, former Chair of the UCR Music Department, and musical advisor in the acquisition of the carillon which is enjoyed throughout the year by the UCR community. 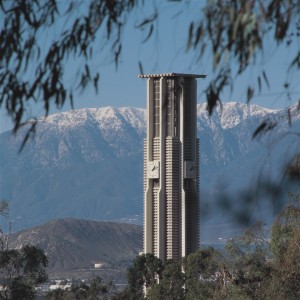 The UC Riverside Bell Tower houses the carillon comprised of 48 magnificent cast bronze cup-shaped bells, arranged chromatically and precisely tuned so thatseveral bells can be sounded harmoniously together. The bells are sounded by striking a series of wooden levers with the side of the hand or fingers andwith the feet.

In 2009, Weidner passed the carillonneur advancement examination at the Congress of the Guild of Carillonneurs in North America held at Longwood Gardens in Pennsylvania.  Since thattime, she has given carillon recitals in six different states, including performances at Yale University and Princeton University.

Free and open to the public