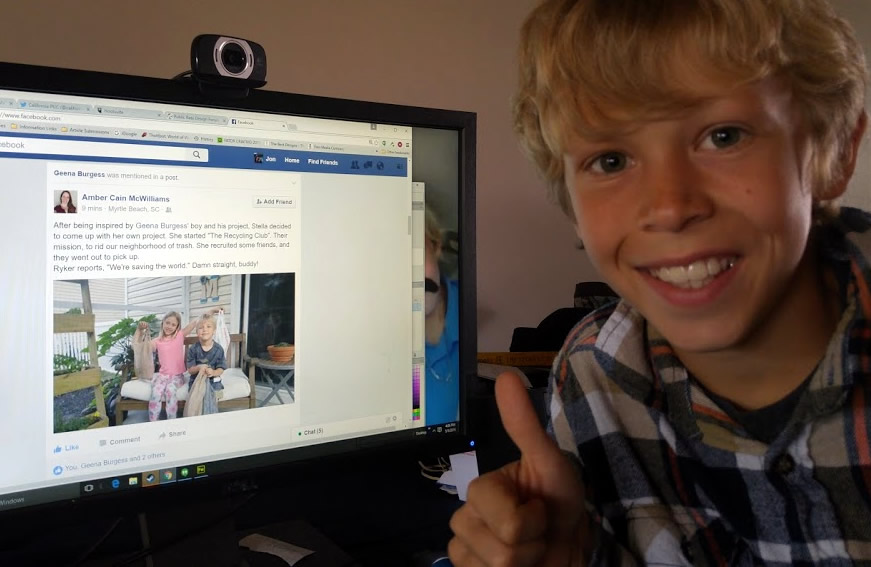 Yucaipa, CA – Inland Leaders student’s leadership project, “Caring Colors Crayons,” has influenced and helped students from across the country. Mark Burgess is a 10 year old Calimesa resident who has created a service leadership project that is influencing children from the community, other states and across the seas.

Mark created the Caring Colors Crayons project in response to the challenge he was given by his elementary school, Inland Leaders Charter School in Yucaipa. Mark came up with the idea of recycling discarded crayons from schools, restaurants, and families and selling the fun, figure crayons to make money to help kids in need.100 percent of the money raised is donated to kids in need. In response to several people making straight donations to the Caring Colors project, Mark has also assembled a collection of sponsored figure crayons to donate to children’s hospital or family services.

For his first fundraising goal, Mark decided that he wanted to help support another young man’s very ambitious project to help children in Uganda, after he came to speak at a leadership assembly at Inland Leaders last spring. “Ray United FC” helps to provide education, fitness and recreation opportunities to children in Uganda.  Mark set an initial goal of raising two hundred dollars for a semester scholarship.  Mark recently reached his goal and plans to meet up with Ray to give him a check before he goes to Uganda on May 30th.

Local family restaurant, American Road Trip, has been collecting discarded children’s menu crayons for the project and several area schools will be collecting their old crayons as they close out the school year.  Mark has plans to expand the Caring Colors Crayons project’s influence and kids from all over the country are excited to start helping.

Kids in South Carolina have sent Mark pictures of what they are doing to help in their community. Students at Bella Mente Montessori Academy in San Diego have been collecting their tired crayons and are planning a peel and sort party to close out the school year. It took Mark and five of his friends more than 2 hours to peel and sort the five pounds of crayons he collected in April so the efforts of the kids collecting, peeling, and sorting the crayons for the project will be greatly appreciated as Mark Burgess makes plans for setting an even larger goal for the 2016-2017 school year. 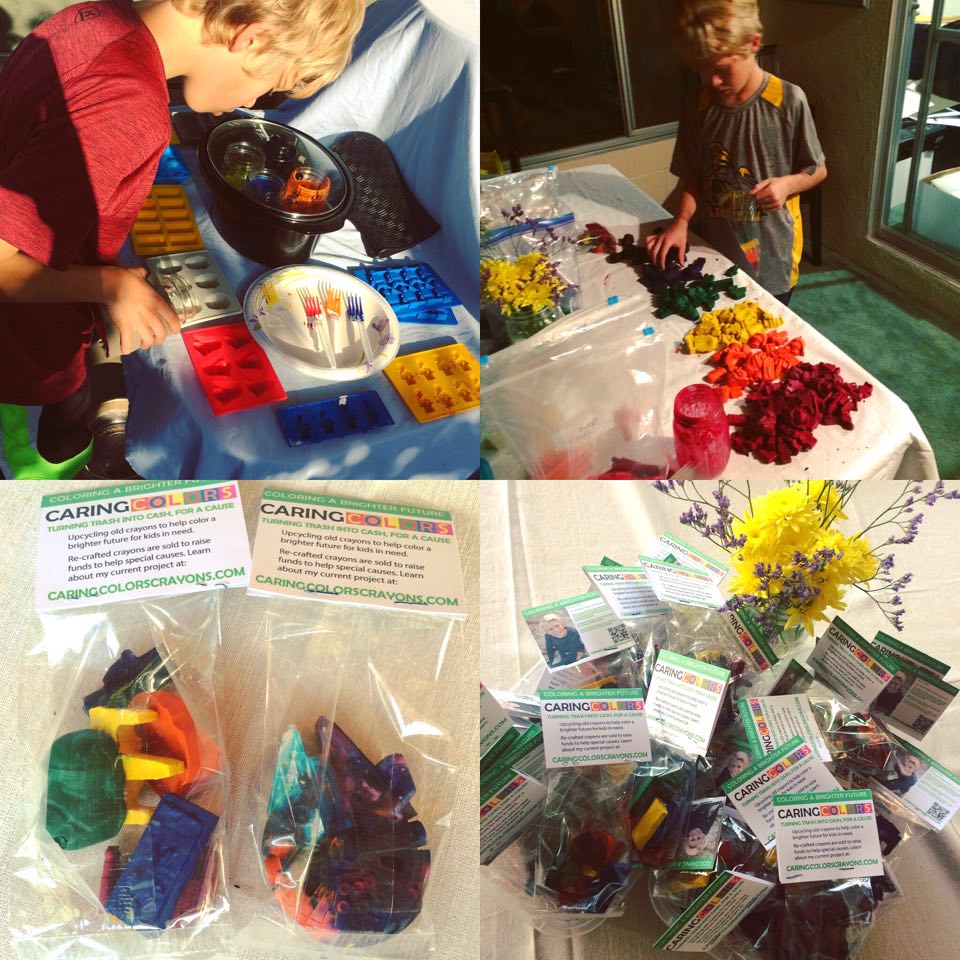