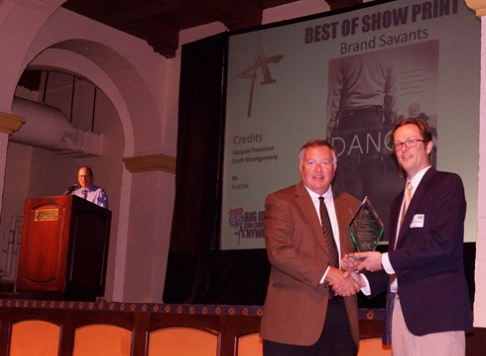 Riverside, CA–Brand Savants, Inc. has been named the winner of a total of 14 ADDY awards in the Inland Empire. Brand Savants won a Best of Show, seven Gold, four Silver, and two Bronze ADDYs at the annual American Advertising Federation, Inland Empire awards ceremony held at the historic Mission Inn on March 9, 2012.

The Inland Empire AAF-ADDYs receives hundreds of submissions each year in more than three dozen categories. A board of highly qualified and specifically chosen judges determines each winner.

Jacquie Francisco, Vice President and Certified Brand Strategist of Brand Savants, said, “Doing great work is only possible when a client allows it. So we are grateful to have had Riverside Medical Clinic as our client for more than ten years.”