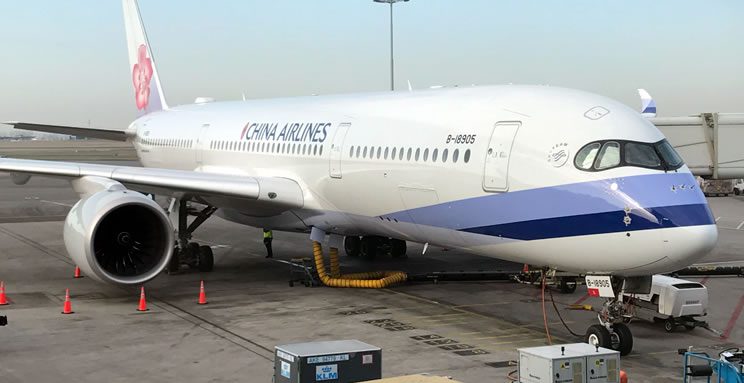 Ontario, California –  Prompted by strong customer demand, China Airlines has expanded its bookings between Taiwan and Ontario International Airport (ONT) to seven days a week in anticipation of the scheduled March 25 launch of service.

When China Airlines announced in September that it would initiate service between ONT and Taiwan Taoyuan International Airport (TPE), the plan was to fly the non-stop route four days a week. However, customer demand has been so strong that the airline has expanded its bookings – two months before the first scheduled flight.

“We are most grateful to China Airlines and its chairman, Nuan-Hsuan Ho, for their confidence in our airport, employees and community neighbors,” said Alan D. Wapner, president of the Ontario International Airport Authority (OIAA).

“That China Airlines is increasing service before a single flight has lifted off is both uncommon and a testament to the high value of travel between Taiwan and Ontario.”

“We couldn’t agree more,” Wapner said, adding that he anticipates that the customer response to China Airlines’ arrival will lead others to consider ONT when planning new service to Southern California.

Daily China Airlines flights from TPE will arrive at ONT at 1:20 p.m. with return service departing ONT at 3:45 p.m. China Airlines, the first carrier to offer non-stop, trans-oceanic passenger service to ONT, will serve the new route with a Boeing 777-300ER wide-body aircraft. The scheduled flight time is 14 hours, 10 minutes.

Ontario International (ONT) Airport is located in the Inland Empire, approximately 35 miles east of downtown Los Angeles in the center of Southern California. It is a full-service airport with nonstop commercial jet service to 19 major airports in the U.S. and Mexico, and connecting service to many domestic and international destinations. There is an average of 66 daily departures offered by 8 air carriers. More information is available at www.flyOntario.com.