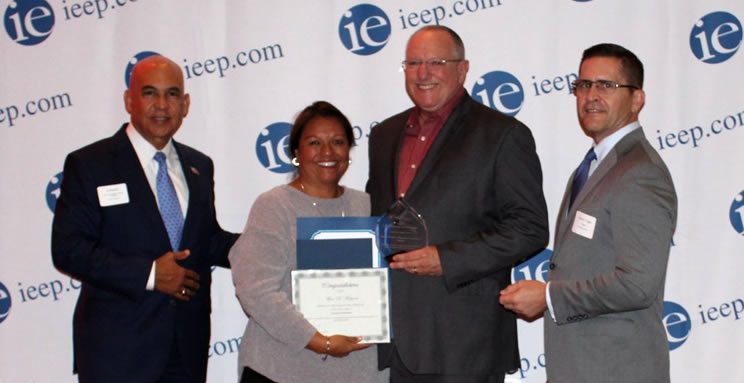 Ontario, California – Alan D. Wapner, President of the Ontario International Airport Authority (OIAA), has been honored with the Leadership in Public Service Award from the Inland Empire Economic Partnership (IEEP).

Wapner, who also serves as Mayor pro Tem of the City of Ontario and President of the Southern California Association of Governments (SCAG), is widely regarded as the Inland Empire’s foremost expert on transportation planning and policy. 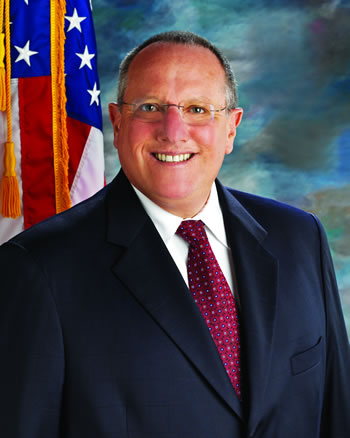 “Alan plays an instrumental role in shaping the future of the IE and the region as a whole,”  said IEEP President Paul Granillo.

Wapner has been a member of the Ontario City Council for 24 years, during which the city has experienced record economic success. As President of SCAG, he leads the nation’s largest metropolitan planning organization, representing six counties, 191 cities and a population of nearly 19 million people.

His numerous leadership roles include past President of the San Bernardino County Transportation Authority, former Chairman of Omintrans and serving on the boards of directors for Metrolink and the Metro Gold Line Foothill Extension Construction Authority.

But it’s Wapner’s leadership of OIAA that might have the most profound and lasting impact on the IE. He helped engineer Ontario International Airport’s (ONT) return to local control in November 2016 — a move that has re-established the airport as a formidable aviation gateway. Today, ONT is the fastest growing airport in Southern California, and with the addition of China Airlines, JetBlue and Frontier Airlines, is experiencing passenger volumes not seen in more than a decade.

ONT also is one of the fastest-growing freight airports in North America and is on track to handle more than 750,000 tons of freight in 2018 — up 18% from prior year.

“I truly appreciate and am humbled by the recognition from IEEP,” Wapner said. “The Inland Empire is a region of tremendous growth and opportunity, and it’s an honor to be a part of it.”

Ontario International (ONT) Airport is located in the Inland Empire, approximately 35 miles east of downtown Los Angeles in the center of Southern California. It is a full-service airport with nonstop commercial jet service to 18 major airports in the U.S., Mexico and Taiwan, and connecting service to many domestic and international destinations. There is an average of 64 daily departures offered by 8 air carriers. More information is available at www.flyOntario.com.