Claremont: Miss Saigon Opens This Weekend at the Candlelight Pavilion 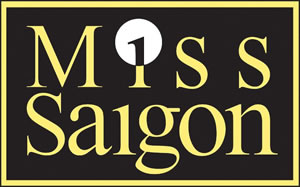 CLAREMONT, CA— A classic love story is brought up to date in one of the most stunning theatrical spectacles of all time. In Miss Saigon, Alain Boublil and Claude-Michel Schönberg (the creators of Les Misérables), along with Richard Maltby, Jr., bring Puccini’s Madame Butterfly to the modern world in a moving testament to the human spirit and a scathing indictment of the tragedies of war. In the turmoil of the Vietnam War, an American soldier and a Vietnamese girl fall in love, only to be separated during the fall of Saigon. Their struggles to find each other over the ensuing years ends in tragedy for her and a fighting chance for the child he never knew he had. Raw and uncompromising, Miss Saigon is an intensely personal story of the losses we suffer and the sacrifices we make in a world gone mad.

Miss Saigon is a musical based on Giacomo Puccini’s 1904 opera Madame Butterfly which was based on a short story of the same name from 1898 by John Luther Long, and is rumored to elements based on events that transpired in Nagasaki in 1890. The original version centered on the marriage between an American lieutenant and a Japanese girl. The 1999 musical, Miss Saigon, brought the story to a more contemporary setting, taking place in Vietnam at the end of the Vietnam War. This story focuses on the romance between an American GI and a Vietnamese bar girl. The change in the story came from a photograph found by Claude-Michel Schönberg which depicted a Vietnamese mother leaving her child to board a plane bound for the United States where she would meet her American father who would be able to provide her with a better life. This action led to the central plot of Miss Saigon as Schönberg viewed the actions of the mother as “The Ultimate Sacrifice.”

Neil Dale (Phantom, CATS) directs Miss Saigon for the Candlelight Pavilion. Dale has an interesting past with the show as he was in Cameron Mackintosh’s production of Boublil and Schönberg’s Les Miserables in 2003 and later auditioned and was cast as Captain Schultz in Mackintosh’s production of Miss Saigon. Desmond Clark (Singin’ in the Rain, Returning to Sin City) serves as the Musical Director of the show with Janet Renslow (Thoroughly Modern Millie, Singin’ in the Rain, CATS).

Miss Saigon opens August 24th at the Candlelight Pavilion Dinner Theater. Tickets are available by calling (909) 626-1254, ext 1. Regular ticket prices range from $48-$68 which includes both dinner and show. The Candlelight Pavilion is proud to announce its flexible payment plans to all Season ticket holders; save 10% on season tickets when you book as few as four shows.   For more information regarding the 2012 and 2013 season line-ups and ticketing, please visit us online at www.thecpdt.com.