FONTANA: Chicano Comedy All-Starts Tour For One Week Only 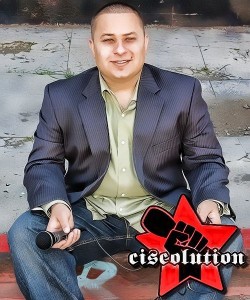 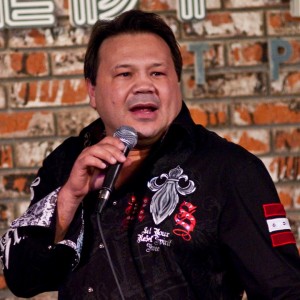 Now the laughter has spread across from Sacramento to Hollywood. This show is recommended for guests 18 years of age and older. The Performers Big Al Gonzales – an eight year veteran of comedy, Gonzales has become a recognizable name in the California Comedy Scene. He performs regularly at Punch Line, as well as clubs and colleges across the country. Big Al is involved with 3 touring shows: The Chicano Comedy All-Stars, The Burger Kings Of Comedy and Big Al’s Big Ass Comedy Show. He has opened for Doug Stanhope,
Eddie Griffin, Pablo Francisco, Russell Peters, Bobby Slayton, Bobby Lee, Kyle Kinane and many more.
Joey Medina – a Puerto Rican who was born and raised in the Bronx, Medina is one of the freshest and funniest comedians around today. He spent most of his teen years perfecting his boxing skills that would one day earn him a state championship as a professional and a shot at the world title before becoming a
heavy hitter in the comedy arena. He headlines comedy clubs, casinos, and theaters throughout the United States and has also toured Asia, Europe, and the Middle East. He has proudly performed for the United States Armed Forces during wartime in Bosnia, Kosovo, Kuwait, and Iraq, as well as the USS Roosevelt aircraft carrier. Recently, he starred in Latin Palooza, a hilarious DVD that Medina hosted and produced, which followed his award-winning debut comedy CD, Below the Belt. Medina also starred in Paramount Pictures’ The Original Latin Kings of Comedy with Cheech Marin, Paul Rodriguez, George Lopez, and Alex Reymundo.

Cisco – Cisco has been referred to as “edgy”, “real” and a “must see” performer that can go from 0 to funny in a matter of nanoseconds. His electrifying show is full of non-stop laughs with material about true life events which he portrays with his natural talent and maximum funny. Cisco has been praised for his ability to perform in front of diverse audiences, enabling him to travel to several countries around the world. The one common opinion shared by all in attendance, is that “He is REALLY funny!” Cisco, of Mexican heritage, takes great pride in being a “Latino Comedian”, but would rather be called “best comedian” or “funniest comedian” first. “I work hard and it doesn’t do me justice to be labeled as simply just a Latino comic. I can make anyone laugh without a doubt.” Cisco appeared in the Award Winning “Bad Habits” commercial for Tecate Light Beer and recently wrote, produced and starred in his own sketch comedy show called CISCOLUTION! The show is set to release this year on the CISCOLUTION YouTube Channel. You can listen to Cisco each weekday morning, 8 to 11am PST as the host on Playboy Radio en Español, SiriusXM 569 (Satellite Radio) or online http://siriusxm.com/PlayboyRadioEnEspanol.
Dinner and show price starts at $39.95. VIP dinner and center-section show seating available for $10 more. Show-only tickets are available for $20.00. Entree choices for dinner guests are Prime Rib, Citrus Salmon, Chicken Florentine, or Penne Pasta with roasted vegetables and Marinara sauce. Cocktails, beer, wine, and a la carte appetizers and dessert are available at an additional cost for all
concert-goers.
After opening to rave reviews in July of 2008, Center Stage quickly developed a reputation for the best fine dining and entertainment combination. Center Stage is also the host of the popular Thursday night salsa club “Noches Con Ritmo” as well as many social and community events.
For more information please contact Center Stage at 909-429-SHOW (7469) or visit www.centerstagefontana.com
“Voted BEST Theater Company!” – Inland Empire Magazine 2011
“Voted BEST Live Theater Venue!” – Inland Empire Magazine 2009 – 2011
“Voted BEST Dinner Theater!” – OC Register Reader’s Poll