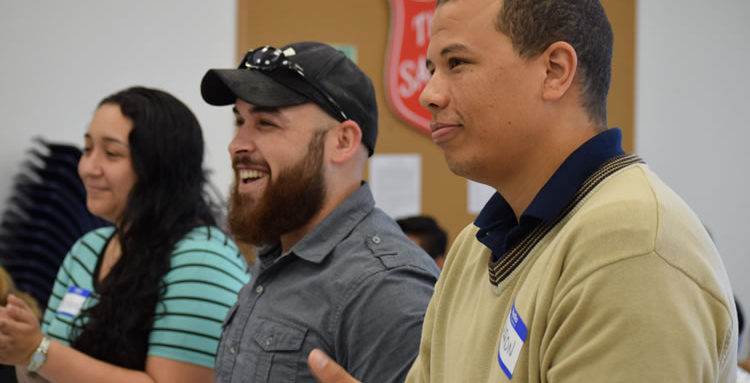 Dee Cozart, president of chamber board, handed a check in the amount of $2,250 to Vice President of Student Services Dr. John Colson for the MSJC Veterans Resource Centers.

Mathis said it was an honor to know that the chamber supported him and other veteran students.

“This donation will allow us to continue our efforts to recruit veterans and their dependents,” Mathis said.

Colson acknowledged and thanked the student veterans for their service.

““We enroll 1,032 veterans at MSJC and realized more than 8,000 visits of these veterans to our VRCs and this donation will go a long way to continue this,” said Colson.

The Hemet/San Jacinto Chamber decided to support the MSJC VRCs because they provide valuable services to local veteran students and the mission of the VRCs is in line with the goals of the annual Chamber of Commerce Charity Golf Tournament, said chamber Chief Executive Officer Andy Anderson.

“Many of the golfers participating in the tournament were very excited to know that a portion of the proceeds from the event were being contributed to benefit MSJC veterans,” Anderson said.

MSJC is the only community college in the state with two veteran resource centers, one on the Menifee Valley Campus and one on the San Jacinto Campus. This donation will help provide supplies and scholarships to students at both VRCs . The centers provide veteran students with a host of services that include an in-house dedicated veteran’s counselor, a full-time dedicated school certifying official, VA student workers assisting employees who provide Free Veteran to Veteran Tutoring, Free Veteran to Veteran College Mentoring, Free One to One GI Bill Informational Sessions.