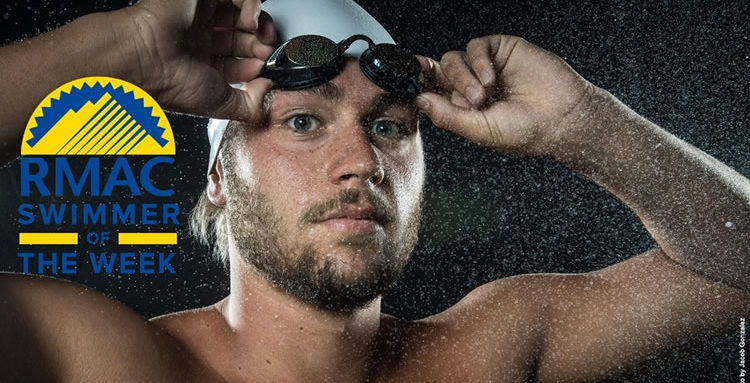 California Baptist University, Lancer athletics for the week of 12/10/16. Photo above is of CBU swimmer Robert Griffith, photo by Jacob Gonzalez.

12/8/2016 | RIVERSIDE, Calif. – Two wins at the primarily NCAA Division I UNLV Invite earned California Baptist University’sRobert Griffith the Rocky Mountain Athletic Conference Swimmer of the Week award.CBU finished second at the UNLV Invite, thanks in large part to Griffith, and is ranked 13th in Division II. Griffith, a junior, won both the 500 and 1650-yard freestyles with D-II consideration times of four minutes, 27.07 seconds and 15:26.47, respectively.

12/8/2016 | Box Score RIVERSIDE, Calif. – Dixie State managed to take one off No. 3-ranked California Baptist University Thursday night with a close 75-71 result. The Lancers drop to 8-1 overall, 2-1 in the PacWest, with their first loss of the season. The Trailblazers improve to 5-3, 2-0 in conference with the win.

12/8/2016 | Box Score RIVERSIDE, Calif. – When it comes to Van Dyne Gym, California Baptist University has been able to defend it well over the years and picked up its 20th-straight home victory Thursday night. The No. 10-ranked Lancers dominated a depleted Dixie State squad to post a 104-56 win and remain undefeated in conference.CBU improves to 10-2 overall, 3-0 in the PacWest, and extends its unbeaten streak to seven-straight games. The Trailblazers leave Riverside still looking for their first win of the season, sitting 0-8 on the year, 0-2 in conference.

12/7/2016 | RIVERSIDE, Calif. – A program-high three California Baptist University Lances were named NCAA Division II All-Americans when the American Volleyball Coaches Association released its national teams on Wednesday.Lauren Hackett and Jenna Perry were both named to the AVCA’s D-II second team, while Sydney Kralj picked up honorable mention. It is the first time three Lancers have received All-American distinction in one season, and ties the program’s single-season record for All-Americans for the sixth time.

12/6/2016 | RIVERSIDE, Calif. – For the second time in a row, California Baptist University’s Nick Fiegener was named the Rocky Mountain Athletic Conference Wrestler of the Week on Tuesday. It was impossible to go in any other direction after Fiegener placed seventh at the Cliff Keen Invitational on Saturday.Fiegener became the third Lancer and second in as many years to place at the prestigious event, and is the only non-heavyweight from CBU to ever do so. CBU is ranked 13th in the NWCA Coaches D-II poll and took 27th as a team at Cliff Keen.