We are proud to announce the On Sale of Tickets for the Kellogg’s USA Tour of Gymnastics Champions at Citizens Business Bank Arena on September 9; tickets go on sale July 20 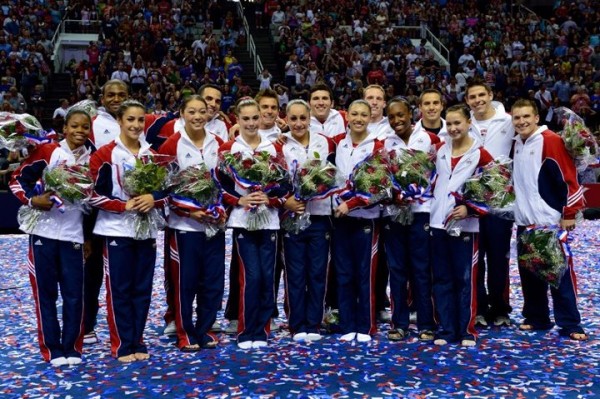 “As our 2012 Olympians head to London to represent their country, we are proud to announce they will be an important part of our cast for the 2012 Kellogg’s Tour of Gymnastics Champions, which serves as the perfect stage for Americans to celebrate and welcome our Olympians home,” said Steve Penny, president of USA Gymnastics.

Beginning July 20, tickets may be purchased through all venues hosting the Tour across the country. Ticket prices range from $25-$240 and vary by market and seat location. Platinum and Gold VIP Packages are available in most markets and include special athlete access and a commemorative gift. To find the Tour stop nearest you and order tickets, please visit www.KelloggsTour.com.

Below is the complete list of athletes scheduled to perform during the Kellogg’s Tour of Champions. Due to athletes’ schedules and personal commitments, the cast will vary from stop to stop.

“USA Gymnastics has produced countless memorable moments throughout the history of the Olympic Games and Kellogg’s is excited to help bring the incredible athletes who create these moments to fans, even after the Games have ended, as part of our official partnership,” said Kellogg U.S. Morning Foods President David Denholm.

Kellogg’s has been helping people start their day right for more than 100 years, believing great starts, both big and small, create the potential for great days, every day.

1996 Olympian John Macready and 2004 Olympian Mary Sanders will also be part of the Tour. The cast of gymnastics champions will be joined by local gymnasts at each tour stop. Acrobatic, rhythmic and trampoline athletes participating in the 2012 Kellogg’s Tour of Gymnastics Champions will be announced at a later date.

The Kellogg’s Tour of Gymnastics Champions is produced by USA Gymnastics in partnership with AEG Facilities, Kellogg Company is the exclusive title sponsor and Hilton HHonors and Procter & Gamble are official supporting partners.

USA Gymnastics. Based in Indianapolis, USA Gymnastics is the national governing body for gymnastics in the United States.  Its mission is to encourage participation and the pursuit of excellence in the sport.  Its disciplines include men’s and women’s artistic gymnastics, rhythmic gymnastics, trampoline and tumbling, acrobatic gymnastics, and group gymnastics (also known as Gymnastics for All).  For more information, log on to www.usagym.org.