Move expected to generate $7.6 million over 10 years for ONT

“These new (in-terminal and outdoor) advertising concessions represent significant progress in the commercial evolution of Ontario International Airport, because they create new streams of non-aviation-related revenue, the type of revenue growth that is critical to the long-term success of any airport,” said Alan D. Wapner, president of the OIAA.

“Airports cannot succeed on landing fees and terminal leases alone, so airlines in particular will view this as a very positive step. These advertising agreements will serve as strong signal to our current and future airline partners that Ontario International Airport is on its way up as a reliable gateway to the Southern California aviation market.

“Our ability to identify non-aviation revenues will also be a significant factor for airlines to consider as they make decisions to expand existing service or initiate new service at our airport,” Wapner added.

A contract awarded to Lamar Advertising Company for indoor and outdoor advertising in terminals 2 and 4, along with airport parking venues, guarantees a minimum of $350,000 a year to the Airport Authority or 55 percent of Lamar’s gross advertising sales, whichever is greater. A second contract for the lease of specific outdoor locations on the Airport property for static and digital billboard signs was approved for The Lamar Companies. Under that agreement, Lamar will pay the greater of $40,000 per year or 25 percent of gross advertising sales to OIAA.

Under the Airport Advertising Agreement, Lamar will have the exclusive right to manage the advertising concession for national, regional and local commercial advertising, sponsorships and marketing programs. In-terminal programs may include vibrant backlit tension fabric wall-mounted displays, floor-mounted displays, high-tech media such as digital advertising networks in both the concourses and baggage claims, touch screens and wall murals, among other forms of indoor advertising.

Airport parking will target area residents and visitors with king-size poster ads on the sides and rear of parking shuttle buses, bus branding, wraps on gate arm faces at parking lot exits and advertising on the front and back of parking lot tickets.

Lamar will make an initial investment of $430,000 for capital improvements related to digital advertising and creative static locations. The agency will make additional capital investments of $200,000 every five years during the contract term as it strives to improve passenger experiences throughout the airport with engaging, informative, interactive media.

“We are very proud to launch Ontario International’s new advertising program,” stated Shauna Forsythe, director of business development for Lamar Airports.  “We’ve watched the progress of the airport and its journey to become an independent entity, and we are excited at the opportunities that ONT brings to national and local advertisers. It’s great to be a partner with the Authority as this airport grows to its full potential”

Wapner noted that all outdoor media will comply with all local ordinances and regulations regarding billboards and other outdoor displays within the City of Ontario.

Lamar is a media industry leader with considerable resources to support its robust airport advertising platform. It is one of the largest outdoor advertising enterprises in North America with more than 325,000 billboard displays across the U.S., Canada and Puerto Rico, and holds contracts with twenty airports nationwide. It is the largest digital billboard operator in the U.S. Lamar’s network includes nearly 800 local and regional sales executives located in 200 offices across the U.S. and Canada, ensuring a steady stream of prospective advertising buyers.

ONT is located in the Inland Empire, approximately 35 miles east of downtown Los Angeles in the center of Southern California. It is a medium-hub, full-service airport with direct commercial jet service to 16 major U.S. cities and Mexico, and connecting service to many domestic and international destinations. There are approximately 63 daily departures offered by 8 air carriers. More information is available at www.flyOntario.com. 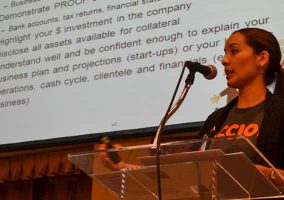 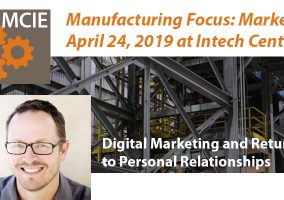 Manufacturing Focus: Marketing, At The Next General Meeting