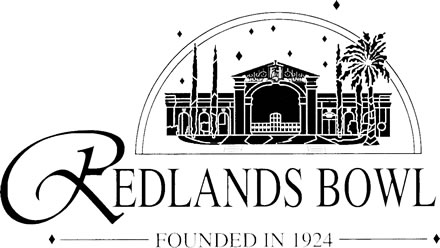 Last  year saw Celtic Crossroads perform it’s first ever season in the USA. Every show was a complete sell-out, and this year the show is looking at it’s biggest season yet. Performing from east coast to west, these world-class musicians and dancers are taking the performing arts circuit by storm.

“Celtic Crossroads hit our stage with unrivaled energy and enthusiasm. The musicians, the dancers and the variety of music styles kept audience members cheering throughout the show. It was one of the most high-energy shows to ever hit our stage!” Kathysetterman, Executive Director, Paramount Arts Center, KY.

As expected, the show’s fresh sound is successfully revitalizing the image of traditional Irish music around the world. In all, 2008 saw Celtic Crossroads performing over one hundred sell-out concerts in Ireland, Europe and the USA.

The name Celtic Crossroads originates from a time in Ireland when neighboring communities met at the crossroads between towns and villages to socialize – long before the pub tradition began. With a focus on keeping the tradition of Irish music alive, each performer nurtures this bygone concept, but by virtue of their young age and raw talent, they high-kick this tradition into the 21st Century. True high-kicking from some of Irelands best-respected Irish dancers also intensifies the pulsating rhythms of the show.

The live concerts are a spectacle of talent, displaying how Irish music influenced the global birth of a multitude of musical genres. This show is redefining Irish music by going right to the heart of its rhythms. The inventive arrangements and bass¬driven grooves are steering Irish acoustic music into surprising new territory.

The show itself, incorporating seven world-class musicians, playing over twenty instruments on stage, is a fantastic spectacle. From start to finish you are captivated by a wonderful fusion of musical genres, such as eastern European Gypsy, north American Bluegrass, world Classical and Jazz, and the various forms of Celtic music from around Europe and the rest of the world.

One of Irelands most well respected composers and conductor, Frank McNamara, originator of the Irish Tenors, has said that the live show is:

“Without a doubt, the most exciting music show to come out of Ireland in decades”.

The shows’ Musical Director is Irish/Australian, Michael McClintock. Michael is originally from Dublin, but emigrated like so many Irish to Australia at an early age. In 2005, Michael arrived in Galway, Ireland on a mission to share his experiences through his travels of how Irish music influenced musicians throughout the world. It is a dream fulfilled for Michael to now be Musical Director of Celtic Crossroads on a full time basis.

Commenting on the live performances, Michael noted that ‘returning to my home country to direct a group of this type has been hugely exciting for me. We did not fully expect such a huge reaction to the shows over the past three years. But this is not too much of a surprise to me however, given the talent of the guys performing in ‘Celtic Crossroads’. It really is an all-star team and I’m delighted that all our hard work is beginning to pay off”. Michael is truly a joy to watch as he ignites crowds with his awe – inspiring fiddle playing.

National and international accolades, awards and championship medals are too numerous too mention for this young cast for whom the extraordinary is everyday and the impossible is always achievable, Magical interludes from the haunting Uilleann pipes, whistles, low whistles and of course the Celtic harp along with some of Irelands finest exponents of traditional song transport the listener to that crossroads in Ireland. Tempestuous fiddle playing competes with explosive banjo, intricate mandolin, accordion, mandola and bouzauki and awe-inspiring guitar riffs, while silky classical flutes remind the audience that these fiercely traditional musicians are also classically trained.

Throw in thunderous drum rhythms, saxophone and cajan and the audience finds themselves recklessly and ecstatically stomping along. As the thunder starts to take hold, rhythms beating, Irish dancers defying laws of speed and gravity, musicians swopping instruments before your eyes, building and rising from a slow groove to a climactic, epic and all encompassing wildness of unadulterated genius, audiences are unable to prevent themselves from jumping to their feet in thunderous ovation.

The show’s success is rapidly gathering momentum as it leaves a trail of enthralled audiences behind it. Already, 2009 is shaping up to be the best year yet for Celtic Crossroads with performances scheduled in some of America’s most prestigious venues, as well as further tours in Ireland, Europe, South America and Asia.

Check out www.CelticCrossroads.ie for music samples, video clips, news, images and information on the performers as well as the upcoming tour dates.