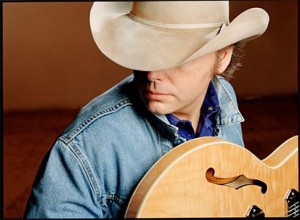 Once again, we are making First Choice Premium Seating available to Local Area Fox Ticket Buyers. You can purchase your Gold Circle or Prime Orchestra seats at the Fox Box Office Only (Walk-up or by Phone) before they become generally available.

Pre-sale is available from the Box Office only, by phone or walk-up, Wednesday, Thursday and Friday, August 1, 2 and 3 for all 2012/2013 Broadway Shows and two additions to the Fall Season below.

A Chorus Line – November 16-17
Broadway’s Singular Sensation – a musical set on a Broadway stage, about dancers auditioning for spots on a chorus line. This show was the Winner of 9 Tony Awards in addition to the Pulitzer Prize for Drama. Click the image for details.

Dreamgirls — January 10
This dazzling musical was nominated for thirteen Tony Awards, including the Tony Award for Best Musical and won six. It was later adapted into a motion picture from DreamWorks and Paramount Pictures, winning the Golden Globe Award for Best Motion Picture – Musical or Comedy and two Oscars at the 79th Academy Awards.

Nunset Boulevard — January 26
NUNSET BOULEVARD will star “Laverne and Shirley’s” CINDY WILLIAMS as she embarks on a Multi-City National Tour in the 2012/2013 season! The Little Sisters of Hoboken have gone Hollywood in the highly anticipated, latest installment of the international smash-hit Nunsense franchise: Nunset Boulevard: The Nunsense Hollywood Bowl Show.

Fiddler on the Roof — March 28
FIDDLER ON THE ROOF – The Tony Award® winning musical that has captured the hearts of people all over the world with its universal appeal embarks on it’s 2012/2013 North American Tour. Fiddler is Broadway’s fifteenth longest-running show in history. The highly acclaimed musical was nominated for ten Tony Awards, winning nine, including Best Musical, score, book, direction and choreography.

5 Grammy Awards & a staggering 21 Grammy nominations. 5 Billboard #1 albums. 12 Gold and 9 Platinum albums. Most frequent musical guest on The Tonight Show…. Few entertainers have attained the iconic status of Dwight Yoakam. Perhaps that is because so few have consistently and repeatedly met the high standard of excellence delivered by the Kentucky native no matter what his endeavor.

Oscar and Grammy nominated Patty Smyth and Scandal first burst onto the scene in 1982 with a self-titled EP that produced a pair of hits in “Goodbye to You,” a #1 MTV video, and “Love’s Got a Line on You.”

Smyth’s self-titled 1993 second solo album included “Sometimes Love Just Ain’t Enough,” a hit duet with The Eagles’ Don Henley that reached #2 on Billboard’s Hot 100 for six consecutive weeks, #1 on the AC chart for four consecutive weeks and was named BMI Song of the Year.
Hits include:
“GOODBYE TO YOU”
“LOVE’S GOT A LINE ON YOU”
“THE WARRIOR”
“SOMETIMES LOVE JUST AIN’T ENOUGH”
“LOOK WHAT LOVE HAS DONE”
They will be joined by a Special Guest Star whose name we can’t announce until later.

Elvis Lives — May 10
The show is a pulse-racing, multi-media, musical journey across Elvis’s Life, featuring film of some of Elvis’s most memorable Live performance in addition to the four finalists from the WORLDWIDE ULTIMATE ELVIS TRIBUTE ARTIST CONTEST. Four memorable eras with performances by four fabulous Elvis Contest Winners!