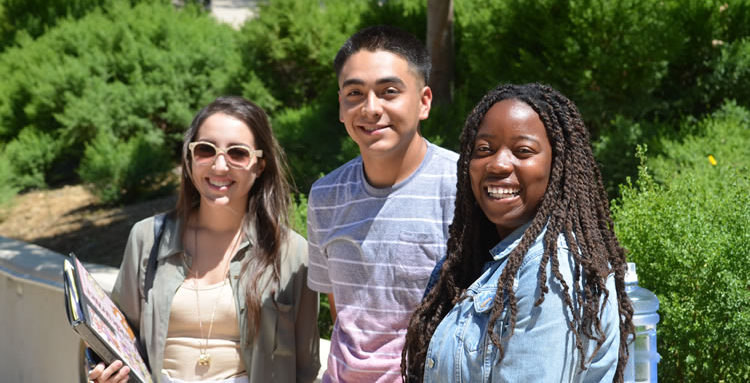 San Bernardino, Calif.  – San Bernardino Community College District’s governing Board of Trustees voted on Thursday, October 20 to approve a memorandum of understanding with the California Secretary of State’s office to encourage voter registration among the 23,000 students who attend Crafton Hills College and San Bernardino Valley College.

“Increasing civic engagement and voting participation among our younger generations, regardless of party affiliation, reinforces our mission of building a stronger region,” said Bruce Baron, Chancellor of the San Bernardino Community College District. “We look forward to working collaboratively with the California Secretary of State’s office to expand the voting population of our state and Inland Southern California.”

Thursday’s vote by the SBCCD Board of Trustees ratifies a resolution passed in September by the California Community Colleges Board of Governors to partner with the California Secretary of State’s office. It also amplifies the voter registration initiatives already underway at Crafton Hills College and San Bernardino Valley College.

In late September, both colleges won a competitive grant of $10,000 each by the Foundation for California Community Colleges Civic Engagement Pilot Project, awarded to up to 25 community colleges throughout the state. Funds help train student volunteers at the campus level and equip them with non-partisan tools, including WiFi-enabled tablets, to register voters and educate their peers.

“Making sure students are properly equipped for the upcoming election is very important,” said Autumn Blackburn, Vice President of the Associate Student Government of San Bernardino Valley College. “Students should know what is going to be possibly affecting their education and community directly.”

“The millennial generation, born between 1980 and 1995, actually outnumbers Baby Boomers,” said Jordan Mack, who is encouraging students to register to vote as an intern in the Crafton Hills College Office of Student Life. “Promoting civics and student engagement through a non-partisan voter registration initiative is critical to educating young people about the important issues that face our communities. We are the people that could change the world through political participation.”

The memorandum of understanding encourages SBCCD and the Secretary of State’s office to jointly implement best practices as outlined by the California Students Vote Project. Outreach activities include: asking students during optimal time periods or via their student portals to register to vote, sending all-campus emails and notifications about the importance of voting before voter registration deadlines and elections.

In California, the deadline to register is October 24 to vote in the November 8 General Election. More information is available through the Secretary of State’s Voter Hotline at 1-800-345-8683, or online at www.registertovote.ca.gov