LOS ANGELES, CA – Race organizers have named the 16 teams, including some of the world’s best international and domestic squads, to compete in the 2012 Amgen Tour of California, which will take place May 13 to 20. Comprised of United Cycling International (UCI) Pro, Pro Continental and Continental squads, the 16 world class teams chosen to participate in the 2012 race will include Olympic hopefuls and Tour de France contenders representing more than 20 countries, giving fans around the world a preview of what is to come in July in both France and London.
Since the inaugural race in 2006, the Amgen Tour of California has consistently drawn the world’s best cycling talent while growing to become one of the most important races on the international calendar. In 2012, the race will play an even more significant role as it will be where top competitors test themselves in preparation for the Tour de France and the 2012 Summer Olympic Games taking place in London this summer.
As previously announced by race presenters AEG, the 2012 Amgen Tour of California will start in Santa Rosa on May 13 and travel more than 750 miles throughout some of California’s most majestic and iconic highways, roadways and coastlines before the final stage on May 20 when the race will start in Beverly Hills on Rodeo Drive and finish at L.A. LIVE in downtown Los Angeles.
The 16 elite teams include the newly restructured RadioShack-Nissan-Trek, whose roster includes Amgen Tour of California defending champion Chris Horner, Jens Voigt and current U.S. National Road Race Champion, Matthew Busche who will compete against a field that includes the No. 1-ranked team in the world, Omega Pharma – QuickStep, featuring three-time Amgen Tour of California winner Levi Leipheimer and Tom Boonen; Garmin-Barracuda, featuring Amgen Tour of California veterans Dave Zabriskie and Tom Danielson; and 2011 Tour de France champion BMC Racing including veteran cyclist and fan favorite George Hincapie and one of the fastest rising stars in cycling today, Tejay van Garderen. Also, competing in California for the seventh consecutive year will be the Rabobank Cycling Team, featuring Laurens Ten Dam and Luis Leon Sanchez. Liquigas-Cannondale is set to compete as well, featuring American cyclists, Ted King and Timothy Duggan, as well as Peter Sagan, who has taken multiple stages in previous editions of the Amgen Tour of California. Competing in California for the first time will be the Australian GreenEDGE Cycling Team, who plan to bring Luke Durbridge and Robbie McEwen. AG2R La Mondiale is also on the roster, featuring Nicolas Roche and Rinaldo Nocentini.

“These 16 teams represent the most prestigious field of talent ever to compete in our race and we are honored to have them join us for the seventh edition of the Amgen Tour of California,” said Kristin Bachochin, executive director of the race and senior vice president of AEG Sports. “Cycling fans will see some favorite and familiar faces back in California this May, as well as a few new teams who will be racing with us for the first time. We look forward to presenting another impressive race for fans around the world.”
There are a total of 11 teams returning to the Amgen Tour of California for 2012, including AG2R La Mondiale (FRA); BMC Racing Team (USA); Rabobank Cycling Team (NED); Garmin- Barracuda (USA); RadioShack-Nissan-Trek (LUX); Omega Pharma – QuickStep (BEL); Liquigas-Cannondale (ITA); Team Spidertech Powered By C10 (CAN); UnitedHealthcare Pro Cycling Team (USA); Team Optum Presented By Kelly Benefit Strategies (USA) and Bissell Pro Cycling (USA).
“Amgen Tour of California has always been a first class event, with great courses, amazing organization, and incredible fans,” said Chris Horner, Amgen Tour of California’s defending champion.
“This year’s event looks to be the best ever, with an even more challenging route and a roster of 16 of the best teams in the world. I’m looking forward to coming back to defend my title – it promises to be a fantastic eight days in California!”
“The Amgen Tour of California is always a big goal for our team,” said Jonathan Vaughters, CEO, Slipstream Sports and Director Sportif, Team Garmin-Barracuda. “The Amgen Tour of California is one of the premier races in the U.S. and one we take a lot of pride in. Every year, the competition is intense, the crowds get even bigger, and this year will be no exception. We’re very excited to get back to California and we hope to give fans plenty of reasons to cheer.”
Teams new to the Amgen Tour of California roster include the newly formed GreenEDGE Cycling Team (AUS); Project 1t4i (NED); Colombia-Coldeportes (COL) Team Exergy (USA); and Bontrager Livestrong Team (USA).
“We are thrilled to ride the Amgen Tour of California in our debut season,” said Shayne Bannan, General Manager, GreenEDGE. “It’s a great race and a fantastic event. It’s real priority for us to bring a strong team to California and the riders really want to go there and make their mark for GreenEDGE. There are a lot of races that stand out on the calendar and the Amgen Tour of California is one of those we don’t want to miss. Having it as Robbie McEwen’s last race, will make it extra special for us an Australian team.”
In addition to the pro cycling teams confirmed for the 2012 Amgen Tour of California, Amgen’s Breakaway from Cancer® team will also be returning, traveling with the race from start to finish to celebrate cancer survivors and raise awareness about the free support services available to people affected by cancer from the four non-profit Breakaway from Cancer partner organizations.
“At Amgen, we are excited for our seventh Amgen Tour and impressed by the caliber of the cycling teams joining the field this year,” said Stuart Arbuckle, vice president and general manager, Amgen Oncology. “We are even more excited about how Amgen’s Breakaway from Cancer initiative has taken off since we launched it in 2006, the inaugural year of the Tour. This year we will host Breakaway Mile events and recognize Breakaway from Cancer Champions in four host cities: Santa Rosa, Livermore, Clovis and Los Angeles, and our Breakaway from Cancer partner organizations will join Amgen to host our Breakaway from Cancer tent in the festival area in every finish city.” 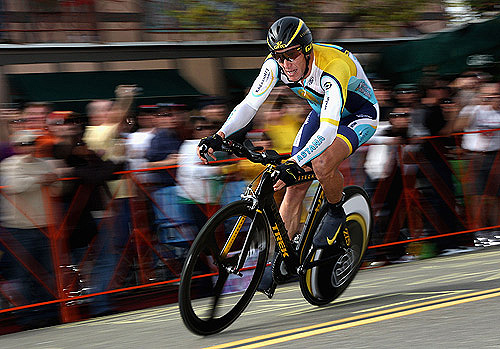 About Amgen
Amgen discovers, develops, manufactures, and delivers innovative human therapeutics. A biotechnology pioneer since 1980, Amgen was one of the first companies to realize the new science’s promise by bringing safe, effective medicines from lab to manufacturing plant to patient. Amgen therapeutics have changed the practice of medicine, helping millions of people around the world in the fight against cancer, kidney disease, rheumatoid arthritis, bone disease and other serious illnesses.

With a deep and broad pipeline of potential new medicines, Amgen remains committed to advancing science to dramatically improve people’s lives. To learn more about our pioneering science and vital medicines, visit http://www.amgen.com. Follow us on www.twitter.com/amgen.

About AEG
AEG is one of the leading sports and entertainment presenters in the world. AEG, a wholly owned subsidiary of The Anschutz Company, owns or controls a collection of companies including facilities such as STAPLES Center, The Home Depot Center, Sprint Center, The O2, NOKIA Theatre L.A. LIVE and Best Buy Theater Times Square; sports franchises including the Los Angeles Kings (NHL), two Major League Soccer franchises, two hockey franchises operated in Europe, management of privately held shares of the Los Angeles Lakers, the ING Bay to Breakers foot race and the Amgen Tour of California cycling road race; AEG Live, the organization’s live-entertainment division, is a collection of companies dedicated to all aspects of live contemporary music performance, touring and a variety of programming and multi-media production. For more information, visit AEG today at www.aegworldwide.com.

About Breakaway from Cancer®
Founded in 2005 by Amgen, Breakaway from Cancer® is a national initiative to increase awareness of important resources available to people affected by cancer – from prevention through survivorship. Breakaway from Cancer is a collaboration between Amgen and four nonprofit partner organizations: Prevent Cancer Foundation, Cancer Support Community (formerly known as The Wellness Community), Patient Advocate Foundation, and National Coalition for Cancer Survivorship. These organizations offer a broad range of support services complementing those provided by a patient’s team of healthcare professionals. For more
information, please visit www.breakawayfromcancer.com or follow us @BreakawayCancer on Twitter.