9/11 Organization, Named After Fallen FDNY Firefighter Stephen Siller To Give Life Back to Triple-Amputee Marine Corporal At Exact Day and Time Siller Lost His Life in the South Tower

The Stephen Siller Tunnel to Towers Foundation and the Gary Sinise Foundation Set to Present New “Smart Home” in Temecula, CA at 6:59am PST on 9/11 To Cpl. Juan Dominguez So He Can Reclaim His Independence 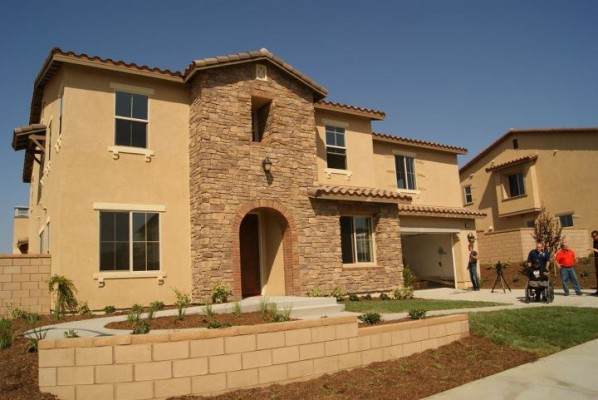 (Smart Home will be completed and turned over on Sept. 11 – Photo illustrates updates as of last week)

Temecula, California. When the six older brothers and sisters of FDNY’s Stephen Siller learned of his death on 9/11, they vowed to start a foundation in his name dedicated to doing good.

Mourning Siller’s loss of life–after the off-duty firefighter had run through a blocked Brooklyn Battery Tunnel with 75 pounds of his firefighting gear to the WTC–his family determined that to celebrate his life, their mission would be performing life-affirming acts.

And so, on Tuesday, Sept. 11, at exactly the time their brother perished 11 years ago, the Stephen Siller Tunnel to Towers Foundation will hand the keys to a brand new “smart home” to Marine Cpl. Juan Dominguez, who lost three limbs in a bomb explosion two years ago in Afghanistan.

The home, located in Temecula, CA on a site chosen by Dominguez, is specially-designed to allow Dominguez to lead a life as independent as possible. This “smart home,” like the several others built for severely injured military by the Stephen Siller Tunnel to Towers Foundation, in partnership with the Gary Sinise Foundation, will feature everything from an elevator, to kitchen cabinets and shelves that lower, and doors that open as part of an electronic-sensor system that is run from an iPad.

Says Frank Siller, brother of Stephen and chairman of the Tunnel to Towers Foundation, “The fact that we are helping Juan to reclaim his full, active life, by providing him with a home designed to meet his special needs, means the world to Stephen’s family. Giving Juan a measure of his life back–after all he has done–on the anniversary of the day our brother died, means the world to us.”

WHO:
Triple-amputee Marine Cpl. Juan Dominguez, and wife, Alexis , representatives of the Stephen Siller Tunnel to Towers Foundation, humanitarian and actor Gary Sinise, Ned Wallace of Wallace Air Cargo, dignitaries from the City of Temecula and representatives from Camp Pendelton, including the Marine Band.

WHAT:
Will gather for the ribbon-cutting on a brand new smart home for Cpl. Dominguez, who lost three limbs in an explosion in Afghanistan. The ceremony will center around the exact moment that NY firefighter Stephen Siller (whom the Tunnel to Towers Foundation honors) lost his life when the South Tower of the World Trade Center collapsed.