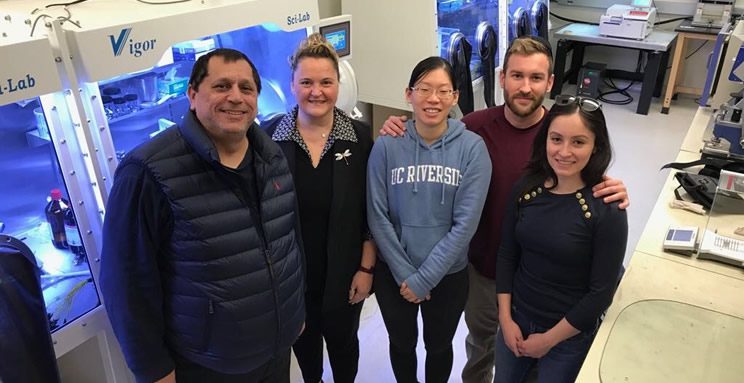 Riverside, CA – Researchers at the University of California, Riverside’s Bourns College of Engineering have developed a technique to create high performance lithium-ion batteries utilizing sulfur and silicon electrodes. The batteries will extend the range of electric vehicles and plug-in hybrid electric vehicles, while also providing more power with fewer charges to personal electronic devices such as cell phones and laptops.

“The demand for renewable energy has pushed the need for higher-performance batteries,” Cengiz Ozkan said.

As a result, researchers have turned toward new lithium-ion battery systems with higher capacities. Silicon is the most promising anode candidate, storing up to 10 times the capacity of graphite anodes. Sulfur is the most promising cathode candidate, with up to six times the capacity of cathodes. Sulfur-silicon lithium-ion full cells, utilizing silicon as the anode and sulfur as the cathode, are one of the highest-capacity potential systems that have been studied. However, the practice of building sulfur-silicon full cells is challenged by the limitations in materials and equipment.