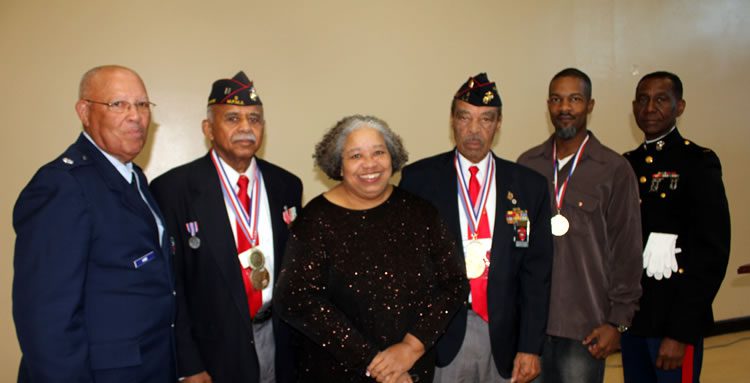 Guest Speaker: Lieutenant Colonel Sandra Jones, USAF (Retired Combat Nurse)
WHEN: Veterans Day – Friday, November 10, 2017 at 11 a.m.
WHERE: Mount Rubidoux SDA Church in Mainess Hall – 5320 Victoria Ave., Riverside CA 92508 Special guest speaker will be retired United States Air Force combat nurse, Lieutenant Colonel Sandra Jones. Decorated war heroes and other special invited guests from various military branches will also be present. Veterans and their families will be treated to a complimentary southern-style lunch. Additionally, all veterans will also be honored with a special medal as a small token of appreciation for their dedicated service to our country. For information call 909.229.4825 or 909.456.0786. Visit www.Naacp-Riverside.org. About NAACP Riverside Branch (#1059)The mission of the NAACP is to advocate for political, education, social and economic equality of rights for all citizens, as well as eradicate racial injustice. The NAACP-Riverside Branch has been fulfilling this mission serving the community for over 70 years. The organization has been recognizing significant contributions at this gala affair since the mid-1950s when the first Freedom Fund Dinner was held.