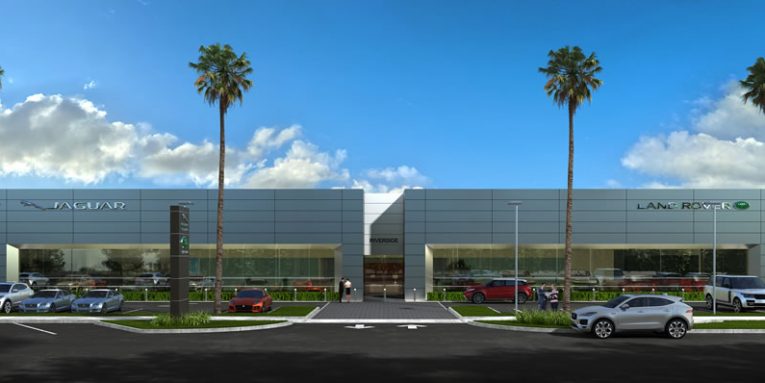 “With the addition of Jaguar Riverside, we’re now able to serve the Inland Empire and surrounding communities with our special brand of white glove service that our Coachella Valley and Southern California clients currently enjoy,” said Mr. Blue. “Our future plans include bringing the Land Rover brand to Riverside once the construction of our new facility is complete.”

Located on Highway 91, Jaguar Riverside’s location in the Riverside Auto Center, the world’s first auto center, lends itself to new opportunities for the growing luxury automotive group. Plans are underway to begin construction on a new facility in June 2019. The new facility – which will become Jaguar Land Rover Riverside – will more than double in size to become a 40,000 square foot building with state-of-the-art service facilities and customer luxuries. The project is expected to be complete in January 2020.

The addition of Land Rover to the dealership’s roster introduces the brand to the region for the first time, also adding another level of service previously unavailable to the Riverside marketplace. indiGO Auto Group already represents both Jaguar and Land Rover on its Rancho Mirage, California campus.

Mr. Blue continued, “indiGO Auto Group is team of client-centric automotive enthusiasts and our goal is to exceed our client’s expectations at every turn. We’re thrilled to be given the opportunity to deliver on that promise to a new community, and with the highly sought-after Jaguar and Land Rover brands.”

indiGO Auto Group is already expertly versed in the Jaguar brand, as reflected through the prestigious Pride of Jaguar award earned by the company’s Rancho Mirage dealership in 2014 and 2015. At the new Jaguar Riverside, customers can shop new Jaguar vehicles – including popular models like Jaguar’s first all-electric vehicle, the 2019 Jaguar I-PACE, and the 2019 Jaguar F-PACE SVR – in addition to quality pre-owned vehicles.