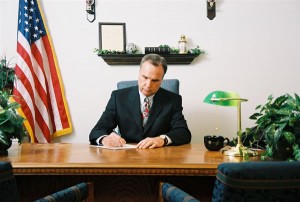 “I am honored to join the Republican Leadership Team here in Sacramento,” Morrell said. “I know that by working together we can restore our state to the Leader it once was – cutting bureaucratic red tape, reducing duplicative oversight agencies, and holding government accountable to citizens.”

Republican Whips are charged with mobilizing members vote on important legislation, acting as a liaison between members and leadership, and helping to coordinate strategy within the caucus.

Assemblyman Mike Morrell, Rancho Cucamonga, represents the 63rd Assembly District and is presently the Vice Chair of the Assembly Labor and Employment Committee. He also serves as a member of the Budget, the Banking and Finance, the Environmental Safety and Toxic Materials, the Jobs, Economic Development, and the Economy, and the Joint Sunset Review Committees.

A small business owner for over 25 years, Assemblyman Morrell understands the issues faced by a wide range of individuals and industries and is committed to reigning in the tax and regulatory burdens in our state.

“I am pleased to have Mike on our leadership team to help coordinate legislative strategy to advance our common-sense agenda,” said Assembly Republican Leader Connie Conway, of Tulare. “I look forward to working with him as he uses his business sense to unite our caucus on the issues that matter most to Californians.”