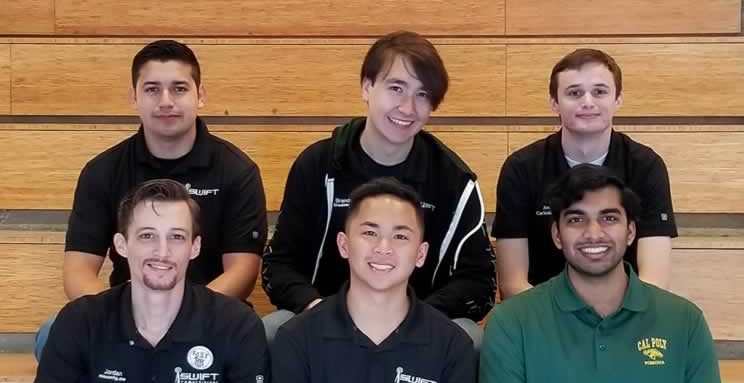 Pomona, Ca – A group of ethical hackers from Cal Poly Pomona are finalists in a top cybersecurity penetration testing competition after finishing second to regional host, Stanford University. They now advance to the national round November 2-4.

The Collegiate Penetration Testing Competition invites students to play the role of a technology firm hired to attack a company’s infrastructure to expose potential security flaws. The top two regional finishers move on to the national stage with Stanford, Cal Poly Pomona with the addition of Cal State Fullerton earning a wild card and a chance to represent the west for 2018.

“As far as offensive cyber, this is the most prestigious college event in the country,” team advisor and computer information systems Professor Ron Pike said. “The schools that are serious, this is the title you go after. It’s the only competition featuring technical and business challenges being run at a national level.”

Pike tasked captain Brandon Sakamoto with finding students with cybersecurity knowledge, all with an expertise in varying fields. The final roster was comprised of five computer information systems students and a computer science major.

During the Oct. 5-7 western regional held on the Stanford campus, Pike said the students used industry standard exploitation tools and their knowledge of computer systems to breach a company’s network. Once inside, different members would move in and begin harvesting sensitive data. A cryptography expert was fed encrypted files to decode while others deployed malicious programs.

“For nine straight hours, we were behind computers poking and prodding for security flaws within the computer network. Then we used the weaknesses we found to compromise the simulated business in the same way a potential cyber-criminal would have.” Sakamoto, a computer information systems major said. “Last year Cal Poly Pomona finished 3rd so a 2nd place win was a true accomplishment for our team especially since we went up against some well- known schools.”

CPTC is sponsored nationally by the Rochester Institute of Technology with the help of grants and corporate support. The upside of a strong showing extends beyond a trophy.

“Companies like Uber, Google, Samsung and IBM that sponsor the events are also actively recruiting students,” Pike said. “That only becomes bigger at the national level because you’re taking all of the top schools in the country and putting them in one place.” 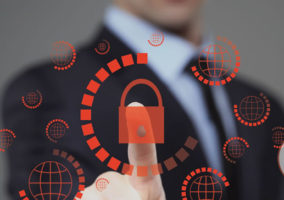 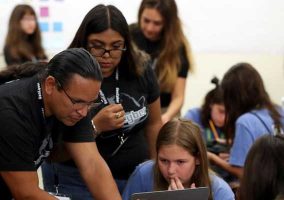