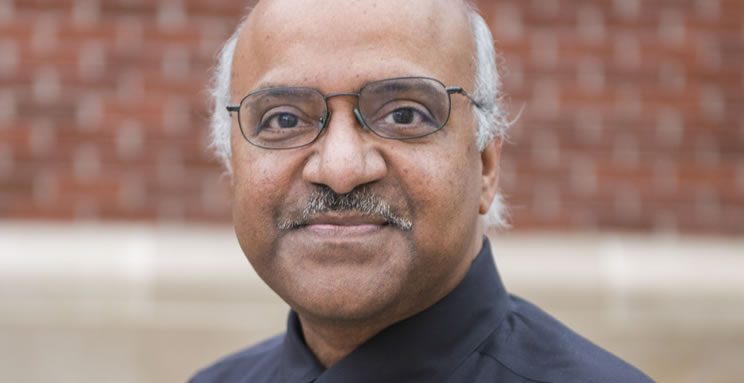 SAN BERNARDINO, Calif. – Sastry G. Pantula, a veteran educator with more than 25 years of leadership experience in higher education and a nationally and internationally recognized leader in statistical sciences, has been named the dean of Cal State San Bernardino’s College of Natural Sciences.

Pantula, who will start on July 25, is a professor in the department of statistics at Oregon State University, where he served as the dean of the College of Science from August 2013 to August 2017.

“We are honored to have someone of Dr. Pantula’s background, experience and leadership abilities joining the College of Natural Sciences,” said CSUSB Provost Shari McMahan. “He has an exceptional record of service and a commitment to the success of students and faculty. I’m confident he will be an asset to our outstanding team.”

McMahan also thanked Peter Williams, the previous associate dean of the College of Natural Sciences and former chair of the math department, who served as interim dean.

“Peter has done a wonderful job in leading the college,” McMahan said.

Pantula said he was excited to be joining Cal State San Bernardino.

“I am looking forward to leading the college and bringing my three core principles — striving for excellence, enhancing diversity and fostering harmony — to help foster student success and enhance the achievement of faculty, who play a key role in helping students attain their goals,” Pantula said. “I am also looking forward to working with the university leadership, our alumni and our community to reach our strategic goals.”

Among his accomplishments, Pantula has been awarded more than $10 million in grants ($7 million alone in graduate training awards) and has a strong record of publications and supervising doctoral dissertations.

He has an outstanding record of service to the profession. In 2010, he was elected president of the American Statistical Association (ASA).  He served six years as treasurer for the National Institute of Statistical Sciences and three years as treasurer for ASA.  He is a Fellow of the American Association for the Advancement of Science (AAAS) and ASA, and a member of the Honor Societies, Phi Kappa Phi, Mu Sigma Rho and Sigma Xi.  He was inducted into the NCSU Academy of Outstanding Teachers.