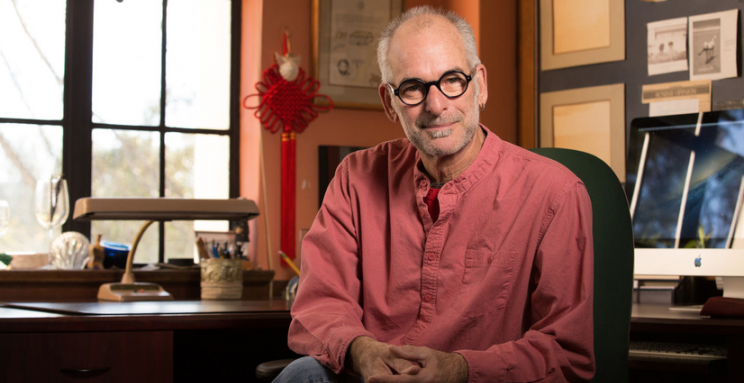 REDLANDS, CA — For almost four decades, Dr. Art Svenson has inspired students at the University of Redlands through his extraordinary dedication to teaching and mentoring. This week, the American Political Science Association (APSA) honored him with its 2019 Distinguished Teaching Award.

Svenson, who has made the University of Redlands his academic home for 38 years, teaches constitutional law and is a nationally recognized expert on the rights of the terminally ill. He has received numerous teaching and research awards, and two Fulbright scholarships to teach constitutional law in the People’s Republic of China. He earned his Ph.D. from the University of Californa, Santa Barbara.

About 60 current and former students supported Svenson’s nomination, describing his teaching as “transformational” and “life-changing.” One student wrote, “Dr. Svenson encourages each student to think critically, engage in difficult conversations, and approach political science with an interdisciplinary lens.  Because Dr. Svenson genuinely believes in each of his student’s capacity to be great, they are.  He has provided hundreds of students with the analytical skills and knowledge to think deeply about how law and policy shape the world in which we live…and to ensure that his students are not only critically engaged with the material, but asking questions that nobody else is asking.”

Svenson also received overwhelming support from his faculty peers who initiated the nomination. Dr. Graeme Auton, Fletcher Jones Professor of Political Science at the University of Redlands, has considered Svenson a dedicated colleague and friend for 45 years. “He has always projected a dynamic, challenging and meticulous presence into the classroom, where his impact on students is nothing short of dramatic. Committed to excellence in everything he does, he remains an insightful, thoughtful and well-regarded scholar of constitutional law.”

“If you’ve ever sat in one of Art’s classes, you’d immediately recognize why he’s an exceptional educator and an endearing person, or as many people put it, a legend,” said Dr. Renee Van Vechten, associate professor of political science at University of Redlands. “He inspires you to think deeply and reason honestly.”

In his nomination letter, University of Redlands President Ralph Kuncl describes Svenson as a man of the greatest talent, character and integrity. “Art does more than teach his students.  He helps them become the people of character they are destined to be.  And they never forget him.”

When Svenson isn’t teaching, he keeps busy as a professional violinist with regional symphony orchestras, enthusiastic cycling, traveling, and spending time with his wife, Nancy, and daughter, Elle.