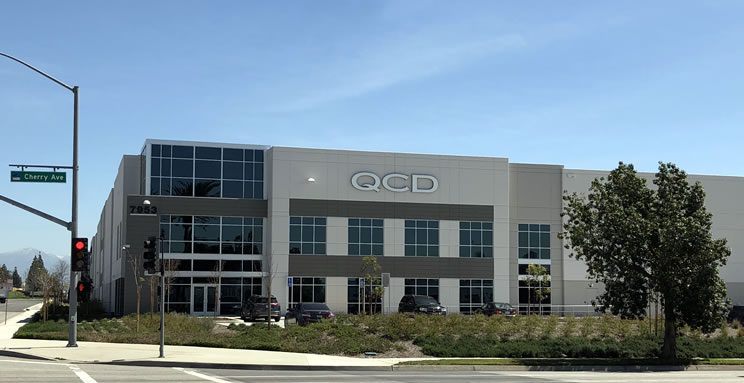 The New Distribution Center is the Company’s Largest Servicing Starbucks

Quality Custom Distribution (QCD), a subsidiary of Golden State Foods (GSF), is one of the largest diversified suppliers to the Quick Service Restaurant industry. The 183,000-square-foot LEED Certified distribution center is located in the Inland Empire, houses a 60,000-square-foot freezer, 22 chilled dock doors, 35 electric standby charging stations and a “Banana Room” dedicated entirely to storing the yellow fruit. The new distribution center is servicing more than 300 Starbucks locations, and together with the QCD center in La Puente, supports more than 900 stores across Southern California.

“Starbucks is happy to attend the celebratory ribbon cutting and grand opening of QCD’s distribution center in Fontana, California,” said Nick Battaglia, manager of global logistics for Starbucks. “We value our business relationship with QCD and are grateful to the associates here who support the daily deliveries of products to more than 300 nearby Starbucks stores.”

QCD officially launched as its own business in 2006, and 12 years later provides more than 17,000 deliveries each week across the country. Fontana is one of QCD’s largest facilities servicing Starbucks and represents tremendous growth from the early days of delivering dairy to stores in Eastern Washington. Today, QCD covers most of the U.S. with distribution centers spanning from California to Wyoming and Miami. QCD Fontana also brings more than 100 jobs to the Inland Empire.