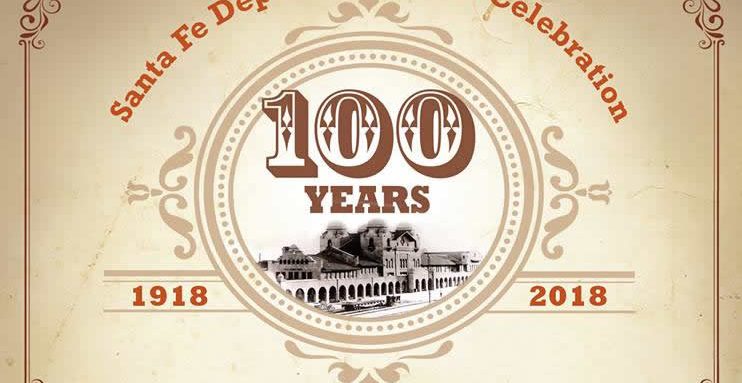 The San Bernardino Santa Fe Depot was opened 100 years ago on July 15, 1918. The original building that stood in its place was first built in 1886, but the wooden structure was destroyed by fire in 1916. The current steel and concrete building we see today replaced it two years later.

The Depot once was a bustling transportation center, but fell into disrepair amid a decline in passenger rail service and was closed by the 1990’s. The City of San Bernardino and SBCTA, then known as SANBAG, joined in a $15.1 million rehabilitation effort in 2002. The building was restored to its former beauty and reopened in 2004.

The centennial celebration will include a ceremony, at 10 a.m. with local dignitaries, to dedicate a new granite marker commemorating the history of the San Bernardino Santa Fe Depot. Following the ceremony, community members are invited to the Depot and the History & Railroad Museum for an open house displaying photos and artifacts from the nineteenth century to today, as well as a classic car show, food trucks and rail cars from BNSF outside the Depot for families to enjoy.

The San Bernardino Santa Fe Depot is located at 1170 W. 3rd Street in San Bernardino. More information can be found at sbdepotmuseum.com.