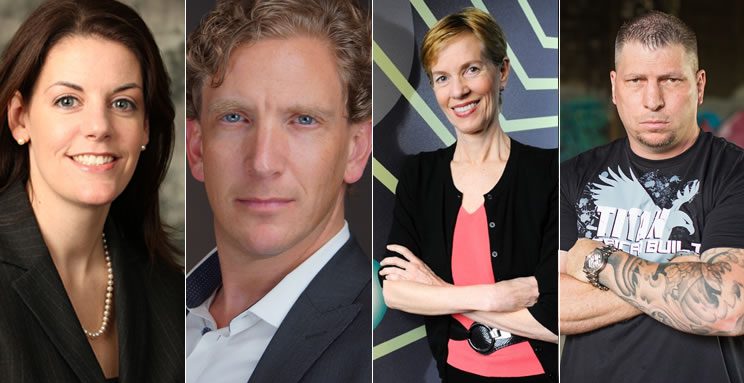 Ontario, CA – Manufactures’ Council of the Inland Empire (MCIE) announced it will have four industry leaders speak at the 2018 Manufacturers’ Summit. The Summit will be held on February 15th at the Ontario Convention Center. These are the experts speaking on their fields: Carolyn Lee, Executive Director of the Manufacturing Institute—a division of the National Association of Manufacturers (NAM); Josh Davies, author of Bring Your A Game to Work; Dorothy Rothrock, President of California Manufacturers & Technology Association (CMTA); and Titan Gilroy, founder of TITANS of CNC, TITAN America Built, and TITANS of CNC Academy.

Carolyn Lee drives an agenda focused on improving the manufacturing industry through its three centers: the Center for the American Workforce, the Center for Manufacturing Research, and the Center for Best Practices. In her role, Lee leads the Institute’s workforce efforts to close the skills gap and inspire all Americans to enter the U.S. manufacturing workforce, focusing on women, youth, and veterans. She’ll educate Summit attendees in the national initiatives in manufacturing, as well as finding and training employees for manufacturing.

Josh Davies’ breakout session will focus on how to create a business culture of high work ethic. He partners with The Center for Work Ethic Development to “help organizations around the world build the seven behaviors of work ethic.” He plans to show employers attending the Summit how to develop and train employees in this crucial skill.

Dorothy Rothrock is President of CMTA, a statewide trade association solely dedicated to advocating on behalf of California’s manufacturing and technology companies.  Dorothy Rothrock will lead a panel discussion entitled “The Technological and Political Future of Manufacturing in Southern California.” The panel will enlighten Summit attendees on regulatory and legislative updates.

Titan Gilroy founded TITANS of CNC in 2005. With all the experience and knowledge he gained working in a machine shop, he opened his own CNC shop. Twelve years later, the shop specializes in manufacturing parts for medical, subsea, and aerospace. He also hosts a television series, TITAN American Built, featuring diverse groups of manufactures all over the country. It’s currently in its 3rd season which airs every Monday night on MAVTV. Titan’s passion for the manufacturing community inspired him to create the TITANS of CNC Academy. His free online education platform features a wide variety of beginning to advanced video tutorials for CAD/CAM/CNC, prints, setup sheets, and inspection documents for those seeking to improve their skills.  Read more about Titan Gilroy.

Doors open at 7:00 AM and the event ends at 2:00 PM. The event will feature a large exhibit hall for vendors and a smaller exhibit hall showcasing local manufacturers and their products. Tickets include coffee break, lunch, and all activities. There are special ticket prices for manufacturers. Go to mfgcouncilie.com for more information about the event, to become a sponsor, or to purchase tickets.