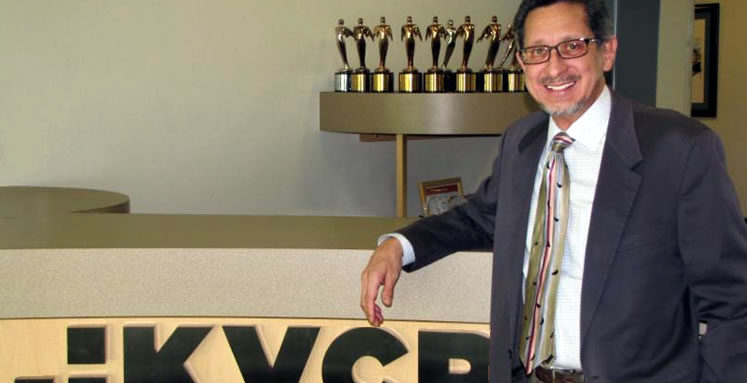 San Bernardino, CA – San Bernardino Community College District announced today that Alfredo Cruz, general manager of KVCR — Inland Southern California’s National Public Radio (NPR) and Public Broadcast System (PBS) station — will not seek to renew his contract when it expires on June 30. Cruz, who has led the station to win numerous awards for its public radio and television programming, said he is stepping down to focus on his health and will be on leave of absence effective February 20.

“Alfredo has my utmost respect and gratitude for his outstanding work leading KVCR and expanding its reach to new listeners and viewers throughout our Inland region and the nation,” said Bruce Baron, Chancellor of the San Bernardino Community College District which holds KVCR’s broadcast license. “Since day one, Alfredo has worked around the clock with a deep commitment to enriching people’s daily lives through KVCR’s latest news, educational programming, and family entertainment – whether it’s through their car radio or home television. As the broadcast industry continues to undergo transformative changes, Alfredo’s talent and more than 30 years of experience has been invaluable to strengthen KVCR’s future growth. I look forward to working with Alfredo towards a smooth transition.”

“It has been a privilege and a highlight of my career to lead the talented and dedicated KVCR/FNX team,” said Cruz. “Thanks to the public’s generous support, KVCR/FNX has charted new content territory and accomplished much more than anyone expected. I hope to have contributed a fraction of the inspiration and rewards that I received from KVCR, and if possible, I hope to remain involved with the station in some capacity. Looking ahead, I see tremendous potential and exciting opportunities for KVCR to continue making a positive impact on the lives of so many listeners and viewers in our community and across the country.”

Cruz has led KVCR since October 2013. During his tenure, he increased public support and sustaining donor memberships for KVCR by 10 percent. He also led the broadcast expansion of First Nations Experience (FNX), the first and only nationally distributed television channel exclusively devoted to Native American and World Indigenous content, through a partnership with the San Manuel Band of Mission Indians. Within two years, Cruz and the KVCR-FNX team increased carriage of FNX from five to 20 stations from Alaska to New York, giving FNX an estimated potential over-the-air reach of more than 25 million households.

Under Cruz’s leadership, KVCR and FNX have won numerous awards, including:

Cruz was born and raised in San Antonio, Texas and is a long-time resident of the Inland Empire. He serves on the Board of the Latino Public Radio Consortium, he is a Kiplinger and Corporation for Public Broadcasting fellow, and is the winner of two consecutive awards from the National Association of Hispanic Journalists. Prior to his post at KVCR, Cruz served as Station Manager at Trinity University’s KRTU in San Antonio, and as President and CEO of KUVO in Denver.