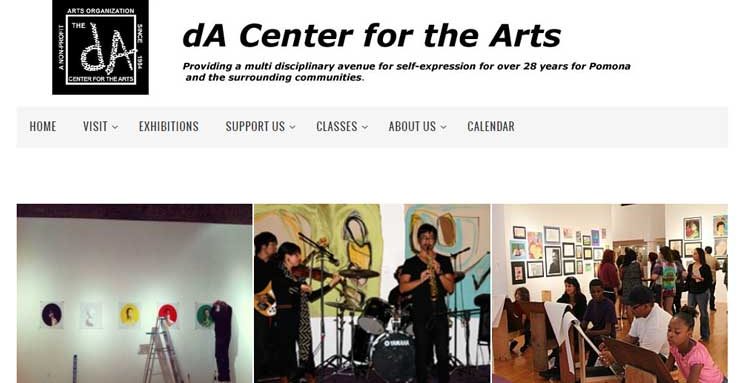 Pomona, Ca – The Inland Empire Brew Witches are at it again – this time brewing up an exciting fundraiser with Old Stump Brewing in Pomona. The event will be held on Saturday, June 22, from 5 PM to 10 PM in Old Stump’s tasting room. The night will feature the release of two limited-edition collaboration beers (“Vincent Van Gose” and “Gose O’Keeffe”), merchandise for sale, and a silent auction of unique art pieces created by Brew Witch members and friends – all to raise money for dA Center for the Arts in Pomona. Popular local band Redd House will perform, and Big Guys Grill’s food truck will be on site as well. All are welcome.

Opened in September 2015, Old Stump Brewing has quickly become a neighborhood institution, known for their friendly atmosphere and range of beers to suit any tastes. The Brew Witches is a nonprofit dedicated to building a supportive community for women with a passion for craft beer, and is known around the Inland Empire for its fun, beer-focused fundraisers for local charities. The dA Center for the Arts exists to build community by offering opportunities to experience, appreciate, and support the arts.

“Brew Witches has always valued the ability of art to foster community connections, so the decision to work with Old Stump to support a Pomona-based arts charity came naturally,” says Destiny Romero, Founding Mother and Vice President of the organization. President and Founding Mother Sage Monroe elaborates, “As an artist myself, it’s so meaningful to be able to combine my passions – brewing, arts education, and feminism – to benefit my community.” “This is Old Stump’s first collaborative brew,” says Master Brewer Harald Gallob. “We are excited to create new twists on our popular gosé, and we are beyond thrilled that sales of these beers will support the dA Center.”

In their few short years, Brew Witches, in collaboration with the local brewing community, has raised thousands of dollars for charities including Friends of the Upland Animal Shelter, House of Ruth, the National Alliance for Mental Illness, and Polycystic Ovarian Syndrome research. For further information on the Inland Empire Brew Witches, check out their website at www.brewwitches.org.

Old Stump Brewing proudly offers not just a lively atmosphere and great tasting beer, but a communal experience connecting friends and neighbors. Whether you’re stopping in for a sampler-flight tasting, a growler fill or a keg purchase, Old Stump provides an array of flavorful, handcrafted beer that will tantalize the taste buds of even the pickiest of palettes.

Arts in the Inland Empire