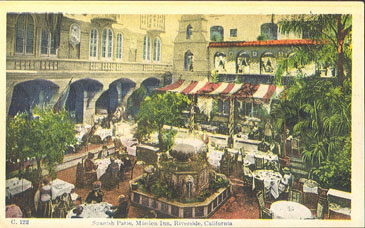 RIVERSIDE, Calif. – More than a dozen community leaders from business, education, government and other fields today (5/13) kicked off an extensive effort to examine how and where Riverside should create an innovation district that could serve as a launching pad for future businesses and job growth.

[ecko_quote source=”Mike Soubirous, Mayor Pro Tem”]Riverside residents and business owners are looking for the next wave of economic development in our city, and the Innovation District approach holds great promise.[/ecko_quote]

The Innovation District Working Group, assembled by Mayor Rusty Bailey, is tasked with developing recommendations for the City Council regarding how to create a specific location where Riverside can meld its most creative and powerful institutions to foster a 21st century economy. Mayor Bailey told the group he envisions a place that combines transportation, housing, jobs and the arts to maximize creativity.

“This is the right team to come up with the right approach for Riverside,” Mayor Bailey said. “I am grateful for the service that the group members have committed themselves to, and I am excited to see where their exploration takes the City.”

The Working Group is co-chaired by local entrepreneur Ted Weggeland and attorney Jack. B. Clarke Jr. Members include representatives of the City, Riverside County, each of Riverside’s four colleges and universities, local businesses, the Riverside Art Museum, both local school districts and community organizations like the Pick Group, Raincross Group and Monday Morning Group.

The Working Group will review data about successful innovation districts in other areas around the country; define what is working in those locations that can be replicated in Riverside; identify and recommend possible locations and focuses in Riverside; research funding and incentive opportunities; and prepare recommendations for the City Council. The effort is expected to take 4-6 months.

“We have a great deal of work ahead of us, but the potential benefit for Riverside, and for our local economy, is immeasurable,” said Weggeland, President and CEO of Raincross Hospitality Corp.

Clarke, a partner in the law firm of Best Best & Krieger, said: “With its strong base in higher education, Riverside is a place where innovation has thrived, but we need to take the momentum to the next level. This Innovation District Working Group will get us started.”

Innovation districts have been credited for re-energizing historic, but empty, buildings and for bringing together a wide range of economic drivers, including universities, start-up companies, artists, and entrepreneurs. The goal is to create a place where new companies will want to locate their talent in order to take advantage of the opportunity and potential of the space.

Riverside’s innovation district would combine and capitalize on the City’s existing assets, such as its community college and three universities where more than 50,000 students attend; the new UC Riverside Medical School; recent transportation developments; and an expanding base of young entrepreneurs. Combining these elements in a specific location within the City would serve as a catalyst for increased job growth and also increase Riverside’s reputation as a destination of choice for businesses and families.

The Innovation District Working Group will recommend if Riverside would benefit from an innovation district and if so, the direction that the city should pursue.

“Riverside residents and business owners are looking for the next wave of economic development in our city, and the Innovation District approach holds great promise,” Mayor Pro Tem Mike Soubirous said. “I know the City Council is eager to expand our local economy, and we appreciate the Mayor getting these conversations started.”