The “Family” Service Awards Program was established in 1987, and “Family” members reaching 5, 10 and 15 years of service are recognized with a beautiful gold pin that signifies their years of service.

Honorees reaching 20, 25, 30, 35, 40 or 45 years of service in 2017 were invited to an Awards Banquet held at the Riverside Convention Center, and those attending were recognized and presented with a Service Award pin.

The four 45-year honorees include:

“I am proud that so many employees have chosen to make Stater Bros. their career.  It has been said that you judge a person by the company they keep … and a company by the people they keep.  In my 40 years in the grocery industry, I’ve never seen such a loyal team – dedicated to the mission of serving their Company, customers and community – like our Stater Bros. ‘Family’,” stated Pete Van Helden, President and CEO of Stater Bros. Markets.  “We are proudly celebrating 81 years of serving our ‘valued’ customers and this is because of the hard work and dedication of our loyal ‘Family’ members,” he concluded. 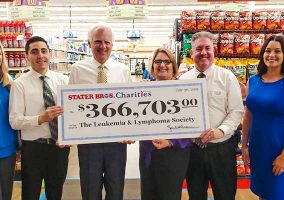 Stater Bros. Charities Presents $366,000 to the Leukemia and Lymphoma Society 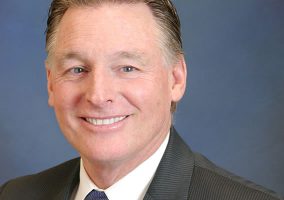