Steel or Steal? What the Section 232 Tariffs really mean for the US economy 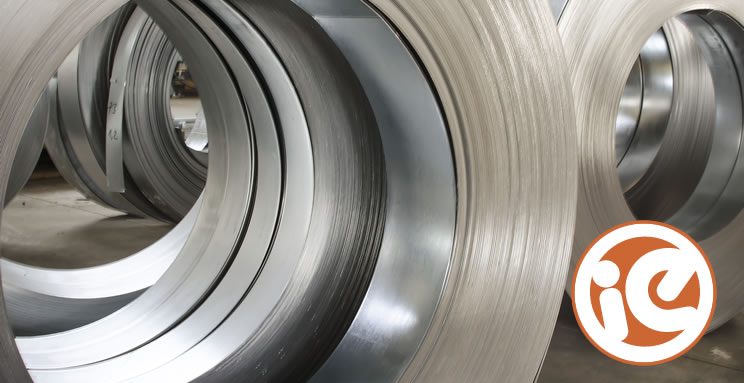 Opt-ed: Dr. Johannes Moenius, Director of the Institute for Spatial Economic Analysis at The University of Redlands.

Redlands, CA – If history is a guide, the proposed steel and aluminum tariffs will increase US steel producers’ profits, save steel jobs, increase tariff revenue, and make some American steel-using industries more competitive, and similar for aluminum producers and jobs. And bourbon will also likely be cheaper. So, what’s not to like about it?

Well, because it is only half the story, and quite likely all for the wrong reasons. Let’s focus on the steel tariffs only. The flipside of those seemingly positive results is that the tariffs will hurt the steel-using industries (like construction, car producers, wire producers) in the short run, some of them substantially. It will also hurt steel producers in the long run. The positive effect on jobs in the steel industry will be small, but it will cost lots of jobs in the steel-using industry. Since the steel-using industry is much larger than the steel producers, the net effect on jobs will be negative. However, all of those effects will be small as steel is such a tiny industry portion of the US economy. All of that assumes that the tariffs do not trigger a trade war. If a trade war started, both US consumers and producers will lose, potentially by a lot.

Let’s go through them step by step.

(1) US steel producers’ profits will increase. Tariffs will reduce foreign competition. Why? The proposed 25-percent tariff will allow US steel producers to sell more steel in the US and increase prices at the same time. Both are good for profits.

(2) It will save steel jobs. The increase in output will reduce the pressure for steel companies to lay off workers, at least in the short run. The Peterson Institute for International Economics estimated that the Bush steel tariffs of 2002 had the potential to save 3,000 to 4,000 steel jobs – at the cost of more than a half million dollars each.

(4) Bourbon will get cheaper: It is very likely that other countries will retaliate. Bourbon has already been singled out as a potential target. This will increase bourbon supply in the US, likely lowering its price.

What about the flip side? The arguments are just the mirror image of the positive effects.

(1) As already pointed out, steel users face a double whammy–their cost of steel increases, while the costs of their competitors decrease. As a result, they will face increased competition both on domestic as well as international markets. Going back again to the Bush steel tariffs, the Peterson Institute had predicted that those tariffs would cost 26,000 jobs in the steel using industries before the steel tariffs were levied. Trade Partnership Worldwide, LLC, claimed in their ex-post analysis that those tariffs actually led to the loss of more than 200,000 jobs in steel-using industries.

(2) Tariffs and other trade measures invite complacency for those who receive protection. The car industry in India was protected for a half-century and, without any competitive threat, did not catch up to international standards–till the protection was removed. At the other extreme, the Japanese car companies faced an almost fourfold increase in costs within 10 years due to the skyrocketing yen from 1984 to 1994. They took it at the chin, and as a result, Toyota and Honda mastered this enormous challenge and emerged as world leaders – while almost all other Japanese car companies could not survive alone and were bought by competitors. Protecting the steel industry will make US steel mills complacent and foreign steel mills tough. Giving US steel mills protection now will make them dependent on protection for a long time. The longer the tariffs last, the less competitive the US steel industry will be, and the louder the calls for prolonging the tariff protection will sound. Removing the tariffs in the future will consequently be painful and costly.

(3) We estimated the automation potential in the steel industry based on data from two Oxford Professors, Frey and Osborne (2013). According to those calculations, 66 percent of all jobs and 58 percent of all wages in the steel producing industries could be automated away in the next 15-20 years. The effect of automation on jobs will therefore by far outpace the effect of trade. Without much pressure to compete, US steelmakers will delay automation, while foreign producers, facing increased competition will accelerate it, with negative long-run effects on the competitiveness of the steel industry.

What happens if a full-blown trade war breaks out? This is hard to predict. Recent comments by President Trump indicate that he is willing to slap tariffs onto foreign cars. This would hit a nerve in the European Union, with guaranteed retaliation. The big unknown is China, which indicated an appropriate response. What would they think is appropriate? A tariff on soybeans? Stopping the sale of rare earth desperately needed for batteries and electronics? Tariffs on high- end US consumer goods? If China wanted to teach the US a lesson, it holds all the trump cards in its hands–no pun intended.

The world is already far too strongly connected that anyone could win a trade war–and therefore nobody should risk it.

P.S.: The section 232 steel tariffs are permissible if imports threaten national security. National Defense and Homeland Security consume 3% of all steel shipments in the US. 25% of domestic steel demand is imported. Moreover, all military equipment use (including aircraft carriers, submarines, missile destroyers, landing platform docks, tanks and light armored vehicles) built up over the last decades and currently used in the US forces amounts to about 2.2 million tons of steel or roughly 2.6% of the US annual steel production in 2016 of 86 million tons. Exempting Canada and Mexico, the number one and number four steel exporters to the US, makes the tariffs substantially less effective for the US steel industry. The threat to subject these two countries to the same tariffs if they don’t renegotiate NAFTA terms in America’s favor, and offering other allies similar options provides hints about the true nature and intent behind them. Are these tariffs about steel, about a steal, or only about a deal?

You be the judge.