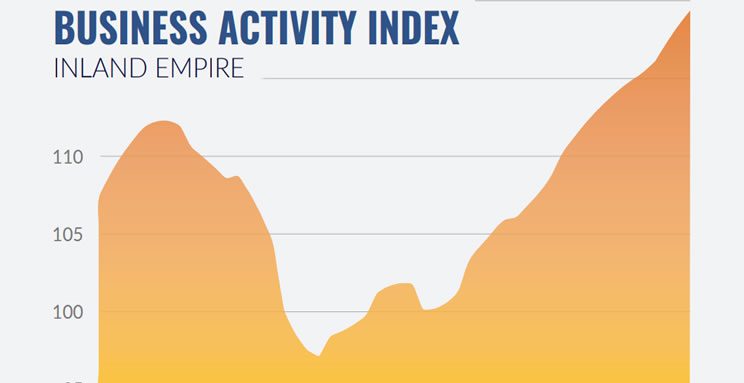 Riverside, Calif. — The new Inland Empire Business Activity Index reports that activity has cooled noticeably in the first quarter of 2019 as the local labor force continued to tighten, a trend that is occurring across the state but is particularly pronounced in Southern California.

Released quarterly by the UCR School of Business Center for Economic Forecasting and Development, shows a gain of just 0.8% in the region’s business activity in the first quarter, a noticeably slower rate of growth than the first estimate of U.S. GDP (3.2%) for that period. 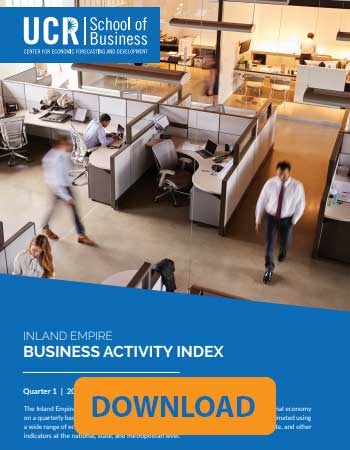 The slowdown has been anticipated, however, and discussed in previous editions of the Index. “The IE’s business activity did rise, but at a significantly slower pace than what we’ve been accustomed to seeing in recent quarters,” said Robert Kleinhenz, Executive Director of Research at the Center for Economic Forecasting and one of the Index authors. “The slowing is consistent with what we’ve been reporting about sluggish labor force growth across Southern California – and the increasingly serious constraints that places on the ability of the economy to expand, both in the IE and beyond.” Kleinhenz notes that labor force growth in Los Angeles and Orange Counties has crawled to a standstill while the Inland Empire’s labor force growth has only begun to slow in recent months.

The pace of growth in the region’s nonfarm employment also reflects the constraints imposed by the tightening labor force with a 1.2% jobs gain in March 2019 (the latest available numbers), less than half the 3.8% gain seen in March of last year. Employment growth in the state as a whole cooled to 1.4% in March, but outpaced the Inland Empire for the first time since 2012. With the March numbers, employment in the Inland Empire is now growing at the same rate as in San Diego (1.2%) but is still ahead Los Angeles County (+0.7%) and Orange County (0.6%).

According to the Index authors, the overall slowdown is not a sign that the Inland Empire economy is taking a sharp negative turn. In fact, the new analysis has the region’s business activity in the second half of 2019 growing by approximately 2% or just above. “The IE economy will remain on a positive trajectory this year, but will advance at a slower pace in the coming quarters,” said Kleinhenz. He also noted that comparisons to the early estimates of U.S. GDP may be misleading because of transitory changes to the underlying numbers, such as a larger than normal inventory build up and an unusually strong performance in exports, which gave rise to a higher U.S. estimate than would otherwise be the case.

Please view the complete analysis here. The Inland Empire Business Activity Index tracks performance of the Inland Empire regional economy on a quarterly basis and is adjusted for seasonal variations. The composite indicator is estimated using a wide range of economic data including employment, economic output, income, real estate, and other indicators at the national, state, and metropolitan level. The Index is produced entirely by the UC Riverside School of Business Center for Economic Forecasting and Development.

The UC Riverside School of Business Center for Economic Forecasting and Development is the first major university forecasting center in Inland Southern California. The Center is dedicated to economic forecasting and policy research focused on the region, state, and nation. Learn more at UCREconomicForecast.org.