United for Kids Fall Golf Classic Raises a Total of $58,000 for Local Children 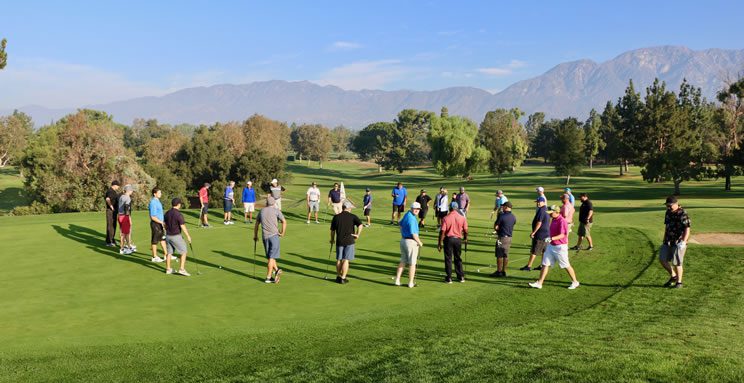 United for Kids Fall Golf Classic Raises a Total of $58,000 for Local Children in Need!

Rancho Cucamonga, CA – Inland Empire United Way (IEUW) held its 3rd Annual United for Kids Fall Golf Classic on Monday, September 24th at the picturesque golf course at Red Hill Country Club.  The event was held in support of IEUW’s flagship programs including Kids Pack, School Tools and Launch Point.  Golfers were also invited to participate in the Adopt a Child Program by selecting a self-portrait cartoon drawing made by the child with the commitment to sponsor them for one year at $35 a month.

Nearly 100 golfers participated in the event and were able to partake in an amazing offering of food and beverages on the course generously donated by sponsors such as Punch Bowl Social, Raising Canes of Ontario, Brewluminati, Nothing Bundt Cakes, and Taco Man.  IEUW CEO, Dr. Felita Jones served as the Breakfast Sponsor while MyRacehorse served as the breakfast beverage sponsor. The University of La Verne also generously served as the lunch sponsor for the event.  The event successfully exceeded previous years in total money raised by nearly 14%.

IEUW’s current Chief Executive Officer and President, Dr. Felita Jones stated “Every day at IEUW we strive to create possibilities for Inland Empire residents through innovative and well thought out programs and services that have been designed to generate the highest levels of community impact.  Every supporter of the Fall Golf Classic understands that.  Additionally, by way of their support, not only are we allowed to serve more individuals, we are also able to do so in a manner that drives about long-term sustained independence and self-sufficiency.  I couldn’t be prouder today to work in tandem with our supporters to tackle important issues like child food insecurities and poverty.  Together, we are creating new possibilities for the IE.”

It is in part to local dedicated and fiercely committed businesses such as above, which enable IEUW to continue its work in supporting children and families in need in the Inland Empire.

Inland Empire United Way is committed to improving the lives and futures of children and families in need by investing in Education, Health, and Financial Stability. We are proud that contributions given local, stay local and an impressive 88% of every dollar is invested in direct program activities. By partnering with a network of local nonprofit organizations, United Way delivers critical services to our community, connects individuals in crisis with needed resources through 2-1-1, and increases the power of local charities by providing dedicated volunteers. https://www.ieuw.org