San Bernardino, Ca – For the fourth consecutive year, San Bernardino County students across seven grade levels showed growth in both English language arts (ELA) and math testing, according to results released today by the California Department of Education.
The results – the annual California Assessment of Student Performance and Progress – or CAASPP – showed 1 percentage point gains in both ELA and math for the 2018-19 academic year.
“It’s encouraging to see that the number of students meeting or exceeding California’s academic standards continues to grow,” County Superintendent Ted Alejandre said.
Fourth- and fifth-grade students from San Bernardino County had the most growth in proficiency standards among students in seven grade levels of testing in ELA and math. Fifth-graders improved 2 percentage points in both ELA and math from the previous year’s results. Fourth-graders improved 4 percentage points in math and 1 percentage point in ELA.
For all students in ELA, the rate of proficiency reached 45 percent, an overall improvement of 8 percentage points since CAASPP testing results began in 2015. That compares with the overall state proficiency rate of 51 percent. In terms of ELA growth over the past four years, third- and fourth-graders have improved 11 percentage points, followed by seventh-graders with 9 percentage points of growth.
In math scores, the percentage of county students meeting or exceeding standards in all grade levels reached 31 percent, the third consecutive year of 1 percentage point gains. Statewide, student proficiency in math was 40 percent.
The CAASPP Smarter Balanced ELA and mathematics results are just one measure of performance the state has put in place to measure the progress of schools and form the basis for the academic indicator of the California School Dashboard.
For additional information on CAASPP results, visit the California Department of Education’s CAASPP reporting website. 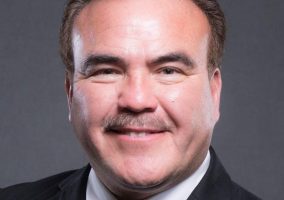 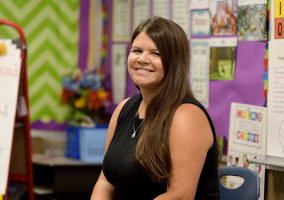 San Bernardino County Board Of Education To Honor Teachers Of Year