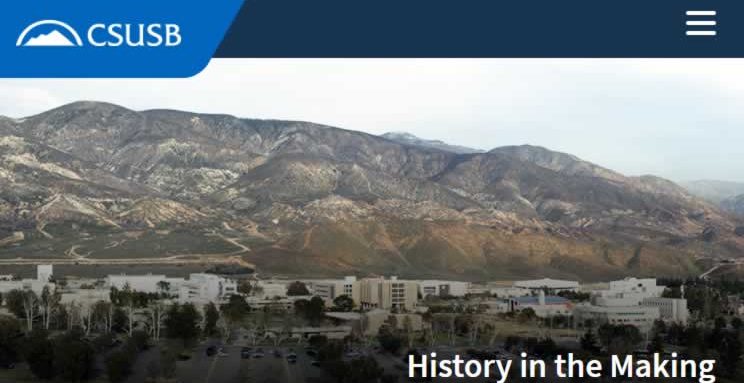 San Bernardino, CA – History in the Making: A Journal of History, the Cal State San Bernardino history department’s award-winning journal that showcases the work of its students, has another honor to add.

The journal, which showcases the work of undergraduate and graduate students, won third prize in the 2018 Gerald D. Nash graduate print journal national competition, the first time it had been entered in this category.

History in the Making is an annual publication of the university’s Alpha Delta Nu Chapter of Phi Alpha Theta National History Honor Society, and is sponsored by the CSUSB Department of History. It is published at the end of the spring quarter each academic year, and has earned the reputation of being among the top journals of its kind in the nation.

Prior to the latest recognition, the journal had been awarded five Gerald D. Nash History Journal Awards in the undergraduate competition (third place in 2009 and 2013, second place in 2012 and 2015, and first place in 2014).

In addition, this award comes not long after the CSUSB History Club/Alpha Delta Nu Chapter was named the best chapter in the nation by the Phi Alpha Theta National History Honor Society – for the fourth time in five years, and for the third consecutive year.

The current edition of History in the Making was entered in the graduate-level competition because several graduate students from the Master of Arts in Social Sciences and Globalization participated in its publication, along with many undergraduate history students.

“This year’s editors and authors are a stellar representation of our campus’s excellence and intellectual ambition. These student leaders have worked extremely hard to earn national recognition in multiple venues, and we should continue to champion their diligence, intelligence, and creativity here on campus,” wrote Murray. “At over 300 pages, the journal is the length of a good-sized book, and its contents are engaging, timely, and rigorous. This honor is especially remarkable since History in the Making has an editorial board and contributing authors who are mostly undergrads, and this year they competed against graduate programs across the country.

“This edition represents the careful and professional work of the editors of the journal, and a fitting culmination of the undergraduate studies of many of our authors,” he continued.

“The scope of the journal is rich and rewarding, with original research on topics ranging from the Turkish constitution to Indian boarding schools to neoliberal policies in Haiti to U.S. immigration, and with review and travel pieces that range from CSUSB’s own Anthropology museum to Berlin to ancient Egypt to the beaches of Thailand and more,” Murray said.

The online version of the latest volume is available at the History in the Making webpage, along with past volumes.