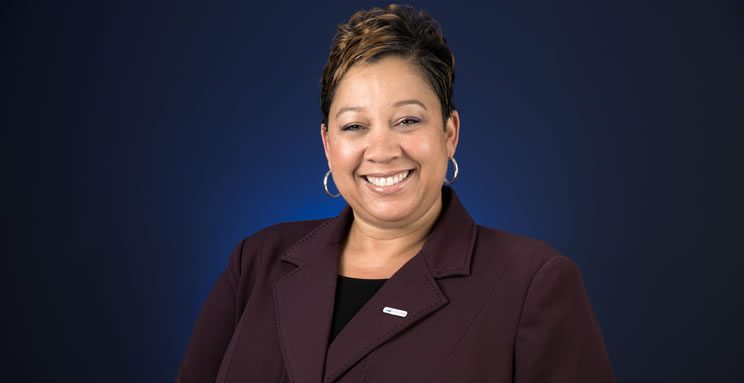 SAN BERNARDINO, Calif. — Kimberly Shiner, associate vice president of Cal State San Bernardino’s Division of University Development, has been elected to the Leadership California Board of Directors for a three-year term starting Jan. 1. This prestigious board has responsibilities to govern, set policy and direction, and lead the organization, while advancing toward its vision of “Moving Women from Success to Significance.”

“It is an honor to be selected for the Leadership California Board of Directors and to work with such strong, accomplished women,” Shiner said. “I look forward to serving the board, building connections and helping women throughout the state reach the highest levels of success.”

Shiner is an alumna of the Leadership California’s yearlong flagship program, the California Issues & Trends Program (CIT), which provides focused programming for women leaders, exposing them to critical public and private sector issues and enhancing their competitive knowledge on California from state, national and global perspectives. It connects women leaders from across the state with each other and with top decision-makers, thought leaders and practitioners. The 1,600 CIT alumnae are empowered to contribute more fully to California’s vision for the future and to the communities and companies in which they live and work.

Shiner served in various leadership roles during her 14-year tenure at the University of Southern California prior to joining CSUSB, and participated in the Inland Empire Economic Partnership Regional Leadership Academy as well as the African American Board Leadership Institute in Los Angeles. She has served on the boards of the city of Rancho Cucamonga’s Community and Arts Foundation, as well as the Bootstrap Scholarship Foundation. Shiner is an alumna of Cal State Northridge where she received her bachelor’s degree in journalism and her master’s degree in public administration.-

Leadership California began in 1992 with a dream to inspire, inform and advance women leaders who would influence California’s future. It provides a critical pathway for successful women who care about advancement, achievement and significance. Leadership California women are not only talking about change, but plan to be part of making it happen. Alumnae serve on nonprofit boards and are knowledgeable appointees for state boards and commissions.

To learn more about Leadership California, visit its website at leadershipcalifornia.org.