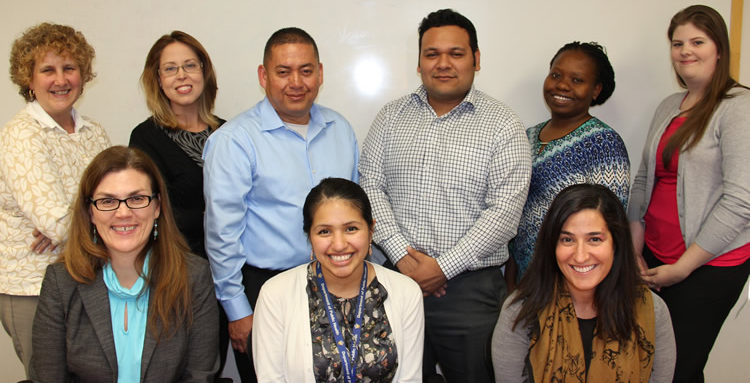 Most people know that smoking and secondhand smoke are harmful to their health but very few are aware about the dangers of “third-hand smoke” exposure.

Third-hand smoke is the residue from tobacco smoke that accumulates on surfaces. It sticks to walls, windows and furniture or can settle as toxic dust in homes and cars. It even sticks to clothing and hair. The residue builds up in the environment, becoming more toxic over time, according to TobaccoFreeCA.com.

Terrones said that many in the housing industry expect for tenants of apartment buildings to be against these types of tobacco free policies, but that is not the local nor state-wide sentiment when it comes to these changes. While there has been some blowback, he said, the majority of tenants appreciate the new rules.

“We survey the tenants before we go smoke free. Some people think these smoking policies aren’t popular but we’ve seen that a lot of people are for it,” Terrones said. “People that were opposed don’t always smoke but they see it as a right being taken away. We’re not telling you that you can’t smoke but you have to smoke somewhere else outside of the property.”

One-third of Californians live in multi-unit housing, according to the U.S. Census Bureau. Units share common walls, floors or a ceiling, which means that millions may be exposed to secondhand smoke even if they do not allow smoking in their home.

Nine out of 10 people do not smoke in their homes, Terrones said. About seven out of ten people who want tobacco free-housing are people that don’t smoke.

The importance of having tobacco-free housing is to protect the health of tenants, said Evi Hernandez, CHC Director of Program Services. Many times, Hernandez said, they are protecting people that cannot afford to live in single-family homes and those at highest risk for serious illness caused by tobacco smoke exposure, including children and the elderly.

“Among other things, any contact with third-hand smoke can cause skin irritation, trigger asthma attacks and lead to respiratory illnesses,” Hernandez said.” You don’t really see it in the form of smoke and if you’re not aware that it’s there, you can’t avoid it.”

Terrones said the county has been successful with subsidized housing because while many of the tenants’ love where they live, the smoke is killing them, he said. And for financial reasons, they are unable to move. “It’s essentially a trap,” Terrones said. “They can’t just pick up and leave because of their financial situation.”

Some have agreed to set aside a certain percentage of smoke-free units, but as Terrones said, “If you can smell what your neighbor is cooking, you can smell if they’re smoking.”

Long considered a health hazard, secondhand smoke seeps through doors, open windows, outlets and ventilation systems. The health benefits may be obvious, but decreasing the hidden financial costs are a bonus as well. Estimates to ready a unit for rent after a smoker has lived there could be in the thousands of dollars, Hernandez said.

“I’ve gone to these multi-complex houses and their blinds are completely yellow. You can’t get rid of the smell in the carpet. Sometimes the smoke is so pervasive it penetrates the walls and a treatment/paint plan can take weeks,” Terrones said. “It’s (another) benefit of multi-unit apartments to go smoke free.”

For further information, contact the County of San Bernardino Tobacco Control Program at (909) 647-4532 or go to sbctcp.blogspot.com

The SBCTCP serves in the capacity of local lead agency for tobacco prevention, education and control efforts in San Bernardino County. With funding support from the California Department of Public Health – Tobacco Control Program, SBCTCP is administered by the California Health