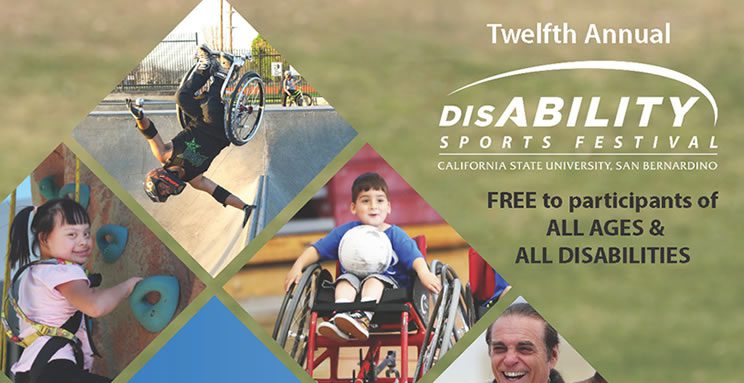 San Bernardino, CA – Dennis Powell, who pitched for the Los Angeles Dodgers from 1983-87, will open the DisABILITY Sports Festival at Cal State San Bernardino on Saturday, Oct. 6; registration is still open for participants.

Registration is free to participants, ages 8 months to 84 years old, of all abilities at the DisABILITY Sports Festival, which will run from 8 a.m.-3:30 p.m. in Coussoulis Arena, in front of the arena, at the university’s athletic fields, and the basketball and tennis courts. Participants may register online or download the registration form — available in English and Spanish — from the event webpage.

Registration will also be held on the day of the festival starting at 8 a.m.

Powell, who opened the 2017 festival, was with the Dodgers organization from 1983 to 1987, making his Major League Baseball debut in July 1985. He was later traded to the Seattle Mariners for Matt Young. Powell’s career also led him to the Milwaukee Brewers, Chicago White Sox and Baltimore Orioles organization, and he also played internationally, including in Japan and Mexico, before retiring in 1997.

He lives in nearby Upland with his wife, Brenda, of 22 years.

Powell will be available to meet with festival participants after the opening ceremony.

Organizers expect hundreds of participants, competing in more than 25 different sports, including archery, wheelchair and standing basketball, tennis, soccer, wall climbing, skateboarding, swimming and hand cycling. Each sport and activity will be coached by an athlete with a disability, including Paralympians, and other elite-level.

Aaron “Wheelz” Fotheringham, a WCMX world champion athlete from Las Vegas, will be the special guest at the festival. Though born with spina bifida, which resulted in him having no use of his legs, Fotheringham didn’t let that be a barrier. He began riding in skateparks at the age of 8 and has gone on to compete in the WCMX World Championships, which he’s won four times. In addition to competing, he tours with the action sports group Nitro Circus.

The festival will also feature more than 30 information booths from community programs and services that are available for people with disabilities and their families. Special appearances by the LA Galaxy Street Team and the LA Kings Street Hockey Team and Puck Shoot are also scheduled. In addition, Monster Energy will give out free samples of its energy drink, and AT&T will sponsor the AT&T Charging Lounge, where festival attendees can relax, charge their phones and refresh themselves with water and snacks.

Including volunteers, supporters, spectators and athletes, an estimated 2,000 to 2,500 will visit the university on Oct. 6 for the event.

The DisABILITY Sports Festival was originally established by Aaron Moffett, a CSUSB professor of kinesiology, to increase the sports opportunities for anyone with disabilities and thereby increase their quality of life and health. Since the first event held in 2006, it has grown to become one of the largest cross ability events for people with any disability in the country.

Along with the festival’s growth, it now also focuses on providing access to community resources and educating all participants and attendees on the importance of mental as well as physical health and well-being.

“CSUSB faculty, staff and students along with many integral community partners support this event because they all believe it is important to change the narrative that ‘a disability does not mean an inability,’” organizers said. “In the Inland Empire alone there are approximately 1.2 million people living with disabilities, and to date remains the largest minority demographic with the least amount of representation. The DisABILITY Sports Festival is a free event for any age and any disability to give a voice to those that are typically not heard and to celebrate those that have been told their whole lives they can’t. This is their day and their moment to say, ‘I am able and I can do anything.’”

For more information about Cal State San Bernardino, contact the university’s Office of Strategic Communication at (909) 537-5007 and visit inside.csusb.edu.