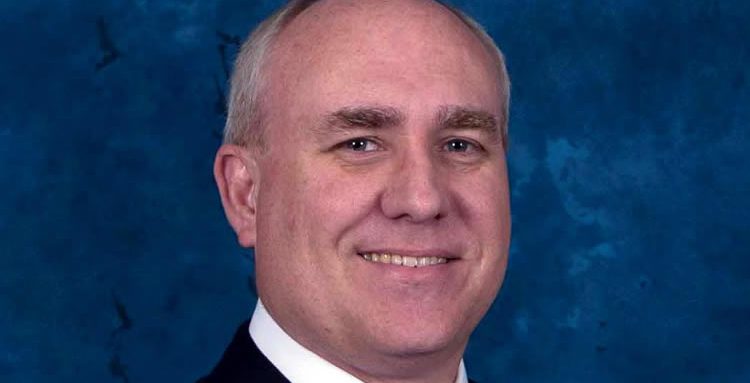 San Bernardino, CA – County Chief Financial Officer Gary McBride, a lifelong San Bernardino County resident who has spent his entire 23-year professional career working his way through the county government organization, earning knowledge and trust along the way, was appointed today by the Board of Supervisors to serve as the county’s next chief executive officer effective Nov. 25.

Related News: Michelle Blakemore Appointed San Bernardino County Counsel
Board members praised McBride’s dedication to the county organization and the community, his commitment to innovation in the cause of public service, and his ability to grasp and translate into lay terms complex issues and provide sound, trustworthy advice. Board members also praised Interim CEO Dena M. Smith for leading the organization during the past seven months since the retirement of former CEO Greg Devereaux. Smith, who plans to retire and was not a candidate for the CEO position, will stay on board to assist in McBride’s transition. “You don’t get this far in your career without the support of a great family,” McBride, 46, told the board today. “Thank you for the confidence from the board. We have some great things headed our way, a lot of opportunities, and I am excited to share in the future with all five of you.”The board conducted an exhaustive seven-month recruitment and interview process prior to appointing McBride as CEO. The board conducted more than 34 interviews over the course of 12 meetings with candidates from within county government, other public agencies and the private sector. “Gary’s integrity, strong financial background and experience with the county made him the stand-out candidate for Chief Executive Officer of San Bernardino County,” said Board of Supervisors Chairman Robert A. Lovingood. “I have trusted his advice in the past and look forward to working with him as we pursue the opportunities ahead.”“Gary McBride has provided outstanding leadership and skillful financial management for over four years as Chief Financial Officer for the County of San Bernardino,” said Board of Supervisors Vice Chairman Curt Hagman. “I have benefitted from his wise counsel, innovative management style and commitment to accept nothing but the best from himself and all those around him. Gary will make an outstanding CEO and I look forward to working with him and my Board colleagues in making San Bernardino County the best run county government in America.”“We went through an extensively thorough process of interviewing a number of uniquely qualified individuals,” said Fifth District Supervisor Josie Gonzales. “It was through each supervisor’s individual path of discovery that my colleagues and I came together to select the individual who would best help us realize our hopes and projects to better serve our residents. It is imperative that we, as a county family, view ourselves as visionaries and a flagship for implementing new ideas. Mr. McBride embodies the kind of talent that exists within our family.”“Gary is incredibly smart and thoughtful, and he is eager to explore new ideas,” said Second District Supervisor Janice Rutherford. “He has a passion for this organization and a genuine, deep commitment to the County team that will serve him well in this new leadership role.”“I am confident Mr. McBride, with his abundant wealth of institutional knowledge, will excel our county towards greater heights and into new horizons,” said Third District Supervisor James Ramos. “I proudly join the Board of Supervisors as we wish him great success and look forward to working with him to strengthen our county.”The chief executive officer is county government’s top non-elected position. The CEO works closely with the Board of Supervisors to develop the board’s goals and objectives and administers and coordinates the operations of county government in accordance with the policies established by the board.McBride holds a bachelor’s degree in economics, graduating with departmental honors, and a master’s degree in public administration, earning the program’s Outstanding Graduate Student of the Year award, from Cal State San Bernardino. Last year he was named to the university’s College of Social and Behavioral Sciences Hall of Fame. McBride has also participated in the Leadership Decision Making course offered through Harvard University’s Kennedy School of Government Executive Education program. McBride has guest lectured for Cal State San Bernardino, set up an economics scholarship fund for CSUSB students, serves on the CSUSB Economics Department’s scholarship committee, and serves on the Advisory Board of the CSUSB Department of Public Administration. McBride began his career with the county in 1994 as a fiscal clerk in Human Services. He was promoted to staff analyst in Public Health in 1996, administrative analyst in the County Administrative Office in 2000, Public Health division chief in 2002, deputy executive officer in the County Administrative Office in 2006, and county chief financial officer in 2013.As CFO, McBride is responsible for the development of budget recommendations, monitoring and forecasting the county’s $5.2 billion annual budget as well as its $1 billion in outstanding debt. In his capacity as CFO he also serves as chairman and board member of a number of oversight and advisory boards and corporations. Under his leadership, the county has received several Distinguished Budget Presentation Awards from the Government Finance Officers Association. Recently, as a result of his work as chairman of the committee set up to restructure the county’s retirement savings plan, the county received a national award for the comprehensive restructuring of its savings plan.McBride is a founder and former officer for the Animals Are First Fund, a nonprofit corporation dedicated to supporting animal care and control and animal rescue groups throughout the county.He also serves as treasurer of the Los Angeles Region of Destination Imagination, a nonprofit organization that conducts an annual international problem-solving and critical thinking competition with a focus on science, technology, engineering, arts, and mathematics. He is also the assistant manager of his son’s Destination Imagination team, which has won the world championship tournament, conducted at the University of Tennessee, in three of the past five years against competition from around the world.