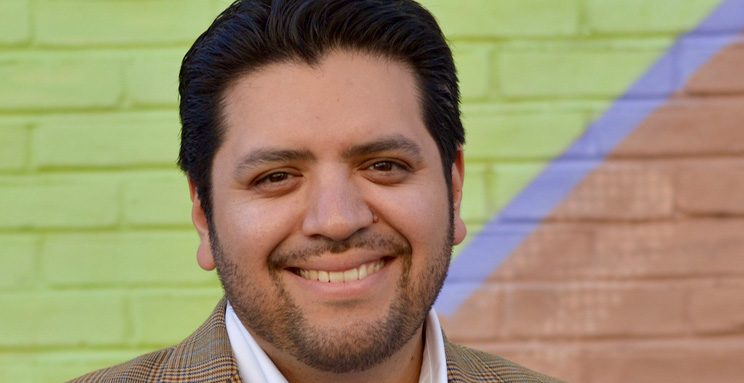 GRID Alternatives Inland Empire (GRID IE) is pleased to welcome Jaime Alonso as the new Executive Director. Jaime Alonso was born and raised in the Coachella Valley. Like many in the region, he came from a family of Mexican migrant farmworkers. Raised in a trailer park in an unincorporated area of Riverside County, Jaime recognized early on that access to adequate housing, safe drinking water and reliable energy sources were not readily available. This recognition motivated him upon his return to the Coachella Valley after graduating from the University of California in Los Angeles (U.C.L.A) in 2005 to become active with Inland Congregations United for Change (ICUC). Working in collaboration with faith communities throughout the eastern Coachella Valley, Jaime got policymakers in the City of Coachella to agree to expand the number of parks in the city and to devote over $3.5 million to park improvements. Jaime graduated from Brooklyn Law School (2009) with honors and has spent the last decade as a legal and policy professional in the Washington D.C. metropolitan region. A California native through and through, Jaime has maintained strong ties with organizations and policymakers in the Inland Empire region. In his new role as Executive Director for GRID Alternatives, Inland Empire (Riverside, CA), Jaime says:

“I am excited for the opportunity to lead an organization devoted to positively transforming the lives of residents and communities by providing access to clean, renewable solar energy to low-income families and hands-on job training to help workers enter the solar industry.”

To date, GRID IE has had a significant impact in the inland region with over 1,700 families who have benefited from GRID’s programs and over 2,700 people that have received hands-on job training. To learn more about GRID, visit gridalternatives.org or call 951-272-GRID (4743).

GRID Alternatives Inland Empire (GRID IE) is an affiliate of GRID Alternatives, a national leader in making clean, affordable solar power and solar jobs accessible to low-income everywhere. To date, GRID IE has installed solar for over 1,700 families and helped households and housing providers save $56 million in lifetime electricity costs, while training over 2,600 volunteers and job seekers. For more information, visit GRIDIE.org or call 951-272-GRID (4743).