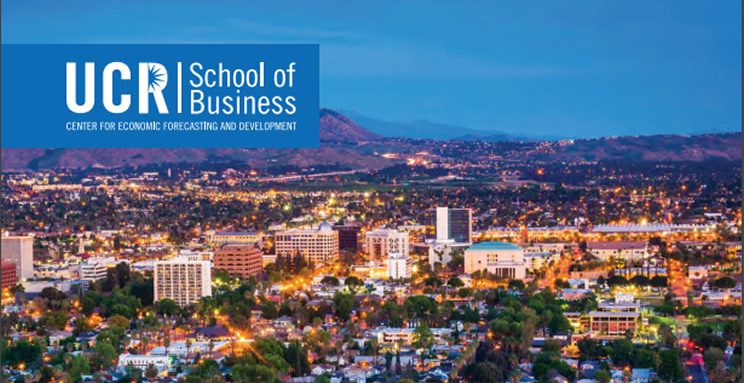 RIVERSIDE, Calif. – Business activity in the Inland Empire grew again in the 3rd quarter, building on growth from the first half of the year, according to the newly released Inland Empire Business Activity Index. The analysis is forecasting sustained growth in the 4th quarter, which would make 2017 the sixth consecutive year of uninterrupted expansion in the region’s business activity. While the outlook for the Inland Empire economy remains positive, a lack of available workers combined with a limited supply of housing will have a negative effect on the local economy’s ability to grow.

“Absent some surge in productivity, the region’s overall economic output will be constrained by an inability to hire both the number and types of workers needed,” said Robert Kleinhenz, executive director of research at the Center for Economic Forecasting and one of the index authors. “Our coastal neighbors are already feeling a sharper and more profound slowdown. And we’re starting to see labor shortage effects in the Inland Empire, as key measures of the economy are unable to expand at the speed of a few years ago.”

The current Inland Empire Business Activity Index is available here. The Index tracks performance of the Inland Empire regional economy on a quarterly basis and is adjusted for seasonal variations. The composite indicator is estimated using a wide range of economic data including employment, economic output, income, real estate, and other indicators at the national, state, and metropolitan level. The Index is produced entirely by the

About UC Riverside
The University of California, Riverside (www.ucr.edu) is a doctoral research university, a living laboratory for groundbreaking exploration of issues critical to Inland Southern California, the state and communities around the world. Reflecting California’s diverse culture, UCR’s enrollment is now nearly 23,000 students. The campus opened a medical school in 2013 and has reached the heart of the Coachella Valley by way of the UCR Palm Desert Center. The campus has an annual statewide economic impact of more than $1 billion. To learn more, call (951) UCR-NEWS.